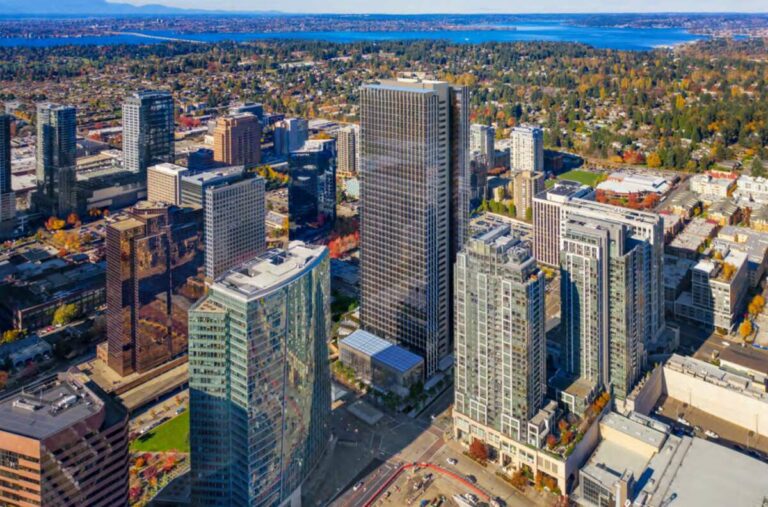 The Seattle-based e-commerce company, Amazon Inc, has decided to halt construction projects of its six office buildings in Bellevue and Nashville.

According to a news report by Reuters, the e-commerce company took this decision in order to reconsider the building designs which would suit a hybrid work style.

Since the beginning of the pandemic in 2020, Amazon in different instances made changes to their remote and hybrid working policies. Several times these policies were rendered unfruitful as trade union heads and elected officials pointed out flaws in the system.

According to John Schoettler, who is vice president of Global Real Estate and Facilities at Amazon, infrastructure investments of Amazon LLC are long-term investments. Pandemic completely altered the way businesses see employment and work.  Therefore, the company wants to design the office spaces in such a way that it could also meet the demands of employees who join the company in future.

Amazon was planning to build two new office buildings in Bellevue which would support sustainability. The offices were supposed to have a capacity to handle more than 7000 employees of the e-commerce giant. Amazon has employed nearly, 10000 workers in Bellevue through various hiring cycles. It plans to increase the workforce to 25000 by late 2022.

The company had earlier decided to create 25000 jobs in Bellevue. Nashville would also get 5000 jobs soon.

According to a post published by the company on November 12, 2021, the Nashville office of Amazon currently employs more than 2500 employees. The construction of the new tower in the city was supposed to be completed by 2023.

There are also reports regarding Amazon’s plans to trim down office spaces in Hudson Yards, Manhattan. The company is planning to reduce the amount of space it leases from JPMorgan Chase at the yards. This is also expected to be part of the company’s decision to provide more hybrid work style office spacing for future workers.

Meanwhile, in the United Kingdom, Amazon announced that it would create a new 4000 permanent jobs in the island country.

It is part of the plan to increase the permanent workforce in the country to 75000.

Amazon opened a new Fresh store in Sevenoaks last month. This was the first Amazon Fresh Store outside of London. Works are currently ongoing on the new fulfilment centres being set up by the company in Wakefield and Knowsley.

The new job creation announcement would include the hiring of jobs for these new stores and facilities.

There would also be new positions created in non-e-commerce segments in Amazon such as Amazon Web Services (AWS), software development, product management and engineering.