Future Retail’s CEO, Sadashiv Nayak has left the company, Future announced on Thursday. The cause of this action has yet to be revealed. His tenure as the CEO of the country’s largest retailers lasted only seven months.

Mr. Sadashiv Nayak has been employed by Future over the past 18 years and he took the role of their Chief executive officer only in August of 2021. He was previously the head of Future’s chain of small to large grocery stores all across India.

During his entire tenure as CEO, Mr. Nayak was plagued by a long running legal battle against e-commerce conglomerate Amazon. This is due to the fact that Amazon was accused of selling $3.4 billion USD worth of Future’s retail assets to their local competitors, Reliance Industries. 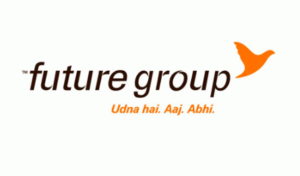 Amazon has since cancelled the entire transaction as they accuse Future of breaching a few agreed upon rules and regulations. Future has of course, urged that they have not broken and rules or terms and have always upheld them with honour. After a stalemate, the case was transferred to the Supreme Court of India for their decision.

FRL, then announced on Thursday that Kishore Biyani will re-join the company as an executive chairman, signing a three year contract. He is the founder and was the CEO of Future prior to Mr. Nayak.

As Future works in the retail industry, the company was hit hard by the pandemic and the lockdowns dragged on, they started struggling even more. In 2021, their income fell by 68.13% as they reported an income of just Rs. 6437.40 crores compared to the Rs. 20,201 crores they earned as income just the previous year.

2021 was the first year in over 6 years that Future ran a loss, losing over Rs. 3000 crores. With the coronavirus running negligible numbers currently, the government has no plans to impose any lockdowns. This is a make or break year for the company has their goal currently is to head back to the summit of the Indian retail industry, pipping Reliance Industries at the top.

However, with the very down trodden year Future Group just went through, creditors don’t believe that the company can recover well enough to be paid back on time and they have initiated the process of debt recovery. Debt recovery is when a creditor hires an individual or a collection service to get the money back that is owed to them. This is usually done when creditors lose trust on the debtors.

After losing their CEO, being entangled in a legal battle, running massive loses and now undergoing debt recovery, it’s a very rocky period currently at the Future Group and only time will tell if they make it out of the mud or not.