GAIL; THE PSU READY TO INVEST IN START UPS

India apart from being the land of diversity now has earned one more recognition of being the land of start-ups. Talking about figures; the year 2020 has seen new 1600 tech start-ups. The country is the third largest tech start up in the world having 21 unicorns in the list. India is currently having 73000 start-ups and close to 10% of them are funded.

The number of women entrepreneurs has also increased. We have tried to pose our best image when it comes to every sector be it education or health. The crucial element in all of them is funding. Various venture capitalists have taken step forward in this direction.

The recent news is related to that same step which has been taken by the public sector giant GAIL enterprises. For more details; let’s look into the information.

INSIGHT INTO THE MATTER

GAIL India has announced on Monday that it would start investing in start-up companies by its initiative PANKH. The initiative was started in the year 2017 and has given immense support to 24 of start-ups in the nation. They have conducted 4 full solicitation rounds to give these ventures a nod.

This time too the proposals are being invited for the fresh round to be conducted for certain core area start up like:

The company has updated the website regarding the details under the GAIL section Pankh. The time span for round is from 30 march to 30 may. The government has made a strategic move through their enterprises to tap the vast

amount of resources in the biomass category. They have planned to use them by setting up of compressed bio-gas plants. 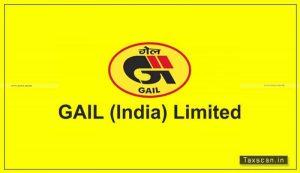 Gas Authority Of India Limited is a government agency set up in 1984 for natural gas processing & its distribution. It was being recognized as a Maharatna in the year 2013.It has business segments in the areas of:

The prominent figures that present a bright picture are:

The company has a established global presence as it has a wholly owned subsidiaries by the name of GAIL Global Singapore and GAIL USA. It is also an equity partner in two gas companies in Egypt. The list of joint ventures is also quite long.

Government support in the area of start-up is very important as it gives a push like no other. Therefore ;this move is a strategic one with a lot of motives; primarily to boost the energy of the country and also keep sustainability on the cards by investing in the areas like biomass & natural gas.