Getting your food at doorstep was something that was out of picture 5 years back. Then we witnessed a market that was completely driven by service experience at core. The online food delivery market took growth when people realized that you can have food on your plate just by a click.

The recent buzz in the funding domain is made by the online food delivery chain Swiggy which has bagged a huge amount of funding. Who did the funding and what will be the strategy ahead are crucial questions. Let’s get inside to find answers.

The online start-up has raised an amount of $ 800 million which is close to Rs. 5,826 crore from a group of investors. The investor list is as follows:

The existing investors Accel & Prossus Ventures also were a major part of the funding round.

The strategy ahead is to build up a huge reserve as it has big plans to acquire the rival company Zomato which is by far at a valuation of $ 5.4 billion. Zomato is also raising enough funding and up till now has managed $900 million in its portfolio. Surprisingly; it has set its stage for the initial public offer during the mid-year by the month of June 2021.

The company’s founder Sriharsha Majety received an email regarding the funding confirmation and he later on expressed his gratitude towards employees by saying that “Over the last one year, thanks to all your efforts, we’ve managed to drive a strong recovery in the food delivery business with a very clear path to profitability. The food delivery business is the strongest it has ever been, and we are now well on our way to drive continued growth over the next decade,”

He also mentioned that this raise has definitely been a support in getting through the plans. The offering are scaling up which has given a lot of scope to fulfill the vision and serve the customers with unparalleled convenience. 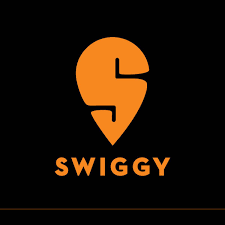 The company was founded in the year 2014 and is currently holding the position of being the largest online food ordering & delivery platform. It was founded by Nandan Reddy & Sriharsha Majety and is operated by Bundl Technologies Private Limited.  It has spread its geographical span to 100 cities in the nation. It is currently headquartered in Bangalore.

The investment timeline of the company is as follows:

The current valuation of company is now $ 4.9 billion. The last year revenue figure stands at Rs. 2776 crore. It has executed certain great partnerships with Burger King & Google Local Guide. Recently they launched a digital wallet in partnership with ICICI Bank. Indiffi Technologies is also a major financing partner for the restaurants.

The online food startups have seen a huge market segment lately. The question is not about survival now; it’s about leadership. Among all the players who holds a dominant share.

Swiggy is definitely aiming big by this raise and it would require a very competitive strategy ahead.