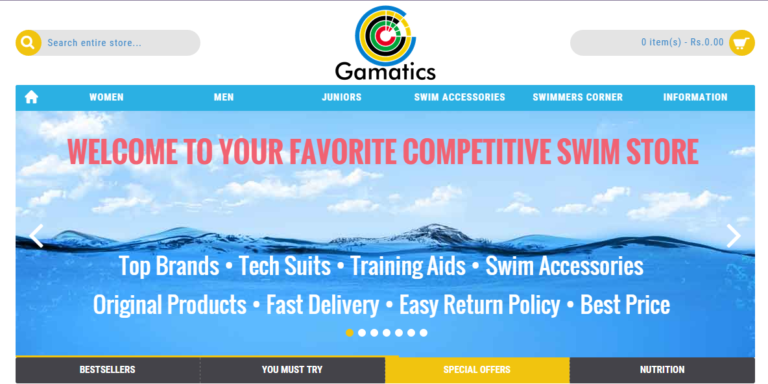 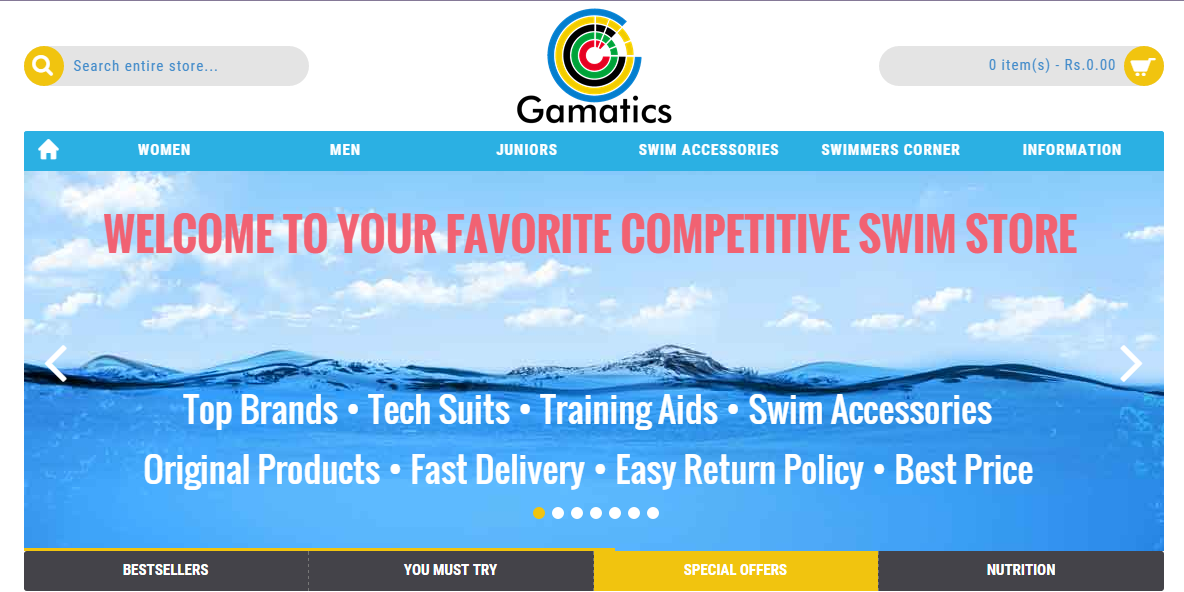 Athletes who bring pride to the country, face hurdles at every stage. There is no place for them to get standard products for practicing, high-end products for competitions. It’s difficult for them to consult the right sports nutritionists and sports physiotherapists as there is no one place where they are listed and reviews are available. Their performance is not tracked closely and analyzed on day-to-day basis. They are not connected under one platform. Hence it is very difficult for them to share/view related information, best practices. In India people in 8 to 25 age group is approximately 43 crores. Current coverage under Sports Authority of India program is only around 14,900 which is approximately 0.0035%, where as target is 10 to 15%, that is, around 4-5 crores. Hence, there is huge talent pool available in every corner of the country. But, they are not into sports field due to unavailability of facility and coaches. This is where Gamatics comes into play!

Gamatics is an IIMB- NSRCEL incubated organization, focused on addressing each one of these gaps and fulfilling basic requirements of athletes and sports community by providing a strong platform to order practice and high performance gears, equipment, listing of nutritionists, physio therapist, track athletes performance, analyze their performance, provide end to end framework to bring community together, share their ideas and support each other. It would like to touch the lives of these athletes also help build good pipeline of athletes by identifying and grooming athletes at every stage beyond boundaries.

Startup is not new to gamatics founders. Santosh Patil and Shantala Bhat had tried their hands in setting up vegwala.com and had successful tenure for four years. Arjuna awardee Sharath Gayakwad and Margaret John Christopher had bunch of ideas to improve the existing sports setup, especially in swimming. So they were looking for technology support to take it forward. A little detailed info about the Gamatics founders, will clearly show us that they are not playing around.

Sharath Gayakwad: Sharath is the first Indian swimmer to qualify for the Paralympics and competed in the 2012 Summer Paralympics in London. He has over 41 international and 60 national medals. His latest feather in cap is Arjuna Award. At the 2014 Asian Games, he broke P.T. Usha’s record for most number of medals by an Indian at any multi-discipline event by winning 6 medals. He has been in sports of aquatics for almost 14 years now and has great vision to uplift Indian sports. On August 29th, He was awarded prestigious Arjuna award by Government of India.

Margaret John Christopher: Mrs. Margaret is woman behind national coach’s John Christopher’s success. She has equally lived the life of a coach to support athletes. She has great insight from coaching perspective, things those need to be eliminated/ improved/ retained. She is great source of information for GAMATICS to address the day-to-day operational gaps of training centres and also athlete information management.

Shantala Bhat: Mrs. Shantala Bhat has done Bachelor of Engineering in Industrial Production and executive general management program from IIM-B. Her expertise is in product development, market research, analytics and execution. She has worked as engineering and development manager at world’s largest MNCs.

Santosh Patil: Mr. Santosh Patil has done Bachelor of Engineering in Computer Science from Gogte Institute of technology and also is founder and CEO of vegwala.com. He has worked in well-known MNC as product manager and handled products across APJ region. He has handled team of starting from 6 members to 80 members. He has very strong background in operational optimization and as well as converting ideas into light weight software. He has vast experience in creating user interface, customer handling and escalation management.

“When one is passionate about bringing in the change, things will fall in place!”

Never imagined one school sports day can change lives of so many. Sharath Gayakwad was chief guest of Deens Academy sports day 2013, where Utkarsh Patil, son of Santosh Patil and Shantala Bhat, was studying. Being a swimmer, who wanted to pursue his swimming interest to competitive level, Utkarsh was keen meeting Sharath Gayakwad. After a detailed analysis Utkarsh was joined in  PM Swimming Pool, Jayanagar where Sharath Gayakwad is closely associated with. The discussions post training sessions along with Mrs. Margaret John lead into bunch of ideas and they were hosted in PM swimming center as a pilot and it was very well received by all athletes, parents and coaches. Then they thought of taking this to next level. Shantala Bhat being alumna of IIM-B, applied for incubation at NSRCEL. Their idea was well received by screening committee after close scrutiny and was incubated.

Gamatics was attempted as software and a support system, when it was well received by coaches, athletes ; parents Mr.Sharath Gayakwad and Mr. Santosh Patil thought of expanding its wings nationwide with additional focus areas. Mrs. Margaret polished and fine-tuned the product by bringing the parental and coach perspective. Gamatics.in has been considering all the ideas and suggestions coming from athletes, coaches and parents across various geography and sports to address the gaps in existing system and also to come up with critical support system needed for an athlete to perform to his/her fullest potential.

They are doing pilot programs for each of the verticals and understanding nitty gritties of each one of them. This will help them streamline their focus and deliver the best possible solutions for community.

As an e-commerce venture, they have successfully processed around 300 orders, during pilot program. They have identified well-known swim brands and are working closely with them to get their product listed under Gamatics website. This will make them the portal with large number of well-known brands. They are planning to list sports nutritionists under their site and cover around 100 athletes in coming quarter.

Their clients are atheletes and they are getting good traction from swimmers as they have started our plans with swimming as sports. With their non-medalist event, their brand value has considerably increased. They have plans to interact and involve swimmers, coaches and parents to take this initiative to next level with their valuable inputs.

Regarding their progress, they do not wait for a month to get over to check the matrix. They set targets in the beginning of week and evaluate them everyday during scrum meeting.  Based on the progress, next action items are identified and tracked.

Their fundamental challenge is the notion of people considering and treating sports community as corporate community. Sports community is different league of people. Money comes at the end of their requirements (which is considerably opposite of corporate community)! Until and unless people see value in something, they do not appreciate or support anything. But once they see values and results, they go gaga about things. They will make publicity free of cost too! Punctuality, openness, dedication, direct communication are Gamatics strengths and that makes easy for them to work with corporates. All that Gamatics need to do is bring and show the real value!

Gamatics is dedicated to serve sports industry. Their vision is to Streamline, Organize, Analyze, Support, Network – Athletes and Sports. Positivity in sports community has always kept them on their toes. Despite the obstacles they face, lack of support they get, they continue to dream Olympic medals.

The video sums it all! When there are so many people putting their tears, sweat and blood for country, Gamatics want to provide them the edge which will help them in proving themselves in larger podiums!

Their focus is in streamlining various aspects of sports industry and take the best out of the sports system. They would like to be “go to” organization for each and every athlete in India for any support they need towards meeting the excellence they are dreaming of.