GM (GM) reported a sharp drop in third-quarter U.S. car sales on Friday but maintained its full-year profit estimate as the country’s major automakers continue to be affected by a global semiconductor supply shortfall. 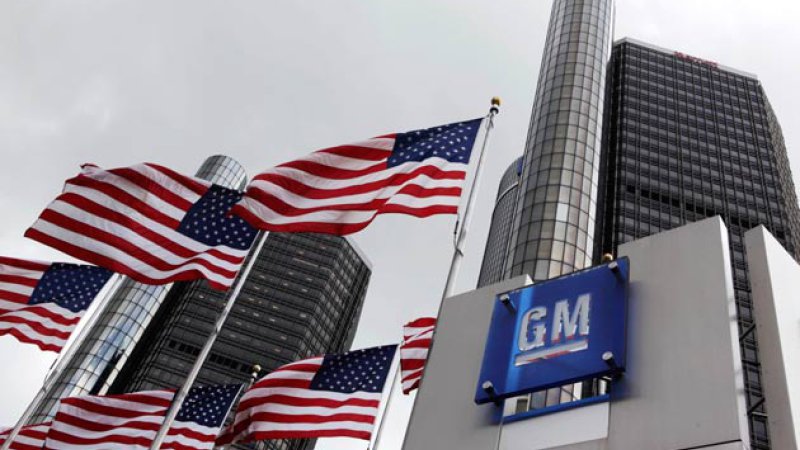 With an aggregate count of 446,997 cars moved in the United States, GM reported third-quarter deliveries were down 32.8 percent from the same period the previous year. According to GM, this puts the industry on track for full-year sales of 13.4 million vehicles, down from 15.5 million in October 2020.

Following its second-quarter earnings, GM CFO Paul Jacobson said at an investor conference last month that he anticipates “a more stable year” for chip supply in 2022, while the firm raised its full-year profit estimate to between $11.5 billion and $13.5 billion.

GM North American VP Steve Carlisle stated, “GM has been nimble and decisive in addressing COVID-related implications on our manufacturing and wholesale volumes, and we appreciate the assistance of our dealers and the devotion of our customers.” “The semiconductor supply issues that hampered our third-quarter wholesale and client deliveries are improving,” says the company.

“A continuous flow of cars held at factories will continue to be distributed to dealers in the fourth quarter,” he continued. “We are restarting production at major crossover and automobile plants, and we look forward to a more stable operating situation through the autumn.”

GM stock was down 0.5 percent in late-morning trade on Friday, trading at $52.45 per share.

Ford F and GM both announced more factory closures and production cuts this week as a result of the worldwide semiconductors shortage, with the latter suspending Mustang manufacturing in Flat Rock, Michigan, as well as Transit van production in Kansas City, beginning next week.

Meanwhile, GM has prolonged the shutdown of its Chevy Blazer-focused factory in Coahuila, Mexico, by around two weeks, while simultaneously announcing that Cadillac production in Lansing, which has been suspended since May, will restart on Monday.

Ford shares fell 0.6 percent to $14.07 per share in late morning trade on Friday.

Beginning in 2023, General Motors (GM) will employ a cloud-based software platform dubbed Ultifi in all future cars. The manufacturer intends to employ the cloud-based technology for over-the-air upgrades on its vehicles, similar to what Tesla does with its vehicles’ software updates.

GM will be able to provide new smartphone-like capabilities for automobiles, such as face recognition to start the vehicle, as a result of this.

GM is collaborating with manufacturers to create mass-market vehicles with self-driving capabilities that can collect data in real-time. SAIC Motor, GM’s primary Chinese partner, as well as Toyota Motor and Daimler AG, have invested in the firm.