Days after it was revealed that Russia had softened its stance on slowing Twitter down after the platform agreed to delete a huge chunk of content that the country found objectionable, Google is trudging along a similar path.

It has come to light that the communications watchdog of the Russian government has given the tech giant an ultimatum of sorts, asking it to get rid of ‘prohibited’ content within 24 hours, or risk getting fined, and eventually, have its traffic slowed down.

Roskomnadzor, the regulatory agency involved in the issue, has said that it has already served more than 26,000 calls to the company, asking it to take down the banned content. 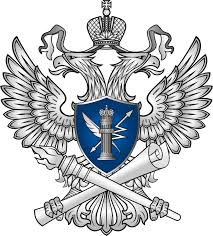 The content in question includes videos providing information of violence or drug abuse, as well as other content from so-called ‘extremist organizations’. Should Google fail to comply to the directions in time, it might be facing a fine between 800,000 to 4 million roubles (or between $10,800-54,000).

Traffic Will Be Slowed Down

The fine doesn’t seem to be the biggest of Google’s worries however, as Moscow has also said that it will be slowing down the traffic towards Google’s servers in its country, should the company not heed its call. Additionally, repeated offense could invite a fine as high as 10% of Google’s annual revenue.

The watchdog has also accused Google of censoring content by the Russian media, including outlets like Sputnik and RT, by restricting their access to YouTube. It has said that the move serves to show the company’s ‘political coloring’ when it comes to Russia.

This comes after the company had filed a plea against an order by a Moscow court, directing it to unfreeze the YouTube account of Christian Orthodox news outlet, which is run by a Russian businessperson under sanctions from the US and EU.

Google has also filed a lawsuit against Roskomnadzor’s order that YouTube delete 12 videos pertaining to ‘unlawful content’. This time around, the content refers to material calling out minors to join protests in the country which took place in January, in support of Alexei Navalny.