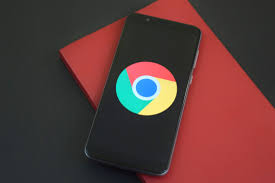 Search engine Google has asked its users to update the chrome browser. Google who is the creator of the chrome web browser made this request following reporting of a bug by an independent researcher. The search engine has said that users need to install the security update away from hackers. According to the statement, Google hackers are allegedly abusing the security loophole to cause harm to users.

The tech firm in its statement has said that the company had released the security update for the browser for different operating systems like Windows, Linux, and Mac. The operating systems are expected to release the update in the coming months or weeks.

According to reports Google in its recent security update had fixed around 27 such vulnerabilities. The current security update attempts to nullify the additional 11 security issues. Google has termed one of the updates as critical, six have been tagged with severe security, and the remaining three have minimum security bugs.

Reports bring out that, this is the sixth zero-day vulnerability faced by the search engine browser in 2022. Zero-day is defined as the time duration the creators or those who are bestowed with the responsibility to fix the browser are unaware of the bug. Until the security update, the chances of the browser getting compromised remain higher.

According to reports, the first zero-day vulnerability was reported in February, while the fifth one was reported in July. Reportedly one is required to relaunch the browser to update it. This update from Google on Chrome comes after the search engine launched its security update on the penultimate day of the last month.

Reports also bring out that earlier the CERT, Computer Emergency Response Team had also raised red flags about the vulnerabilities of the browser.