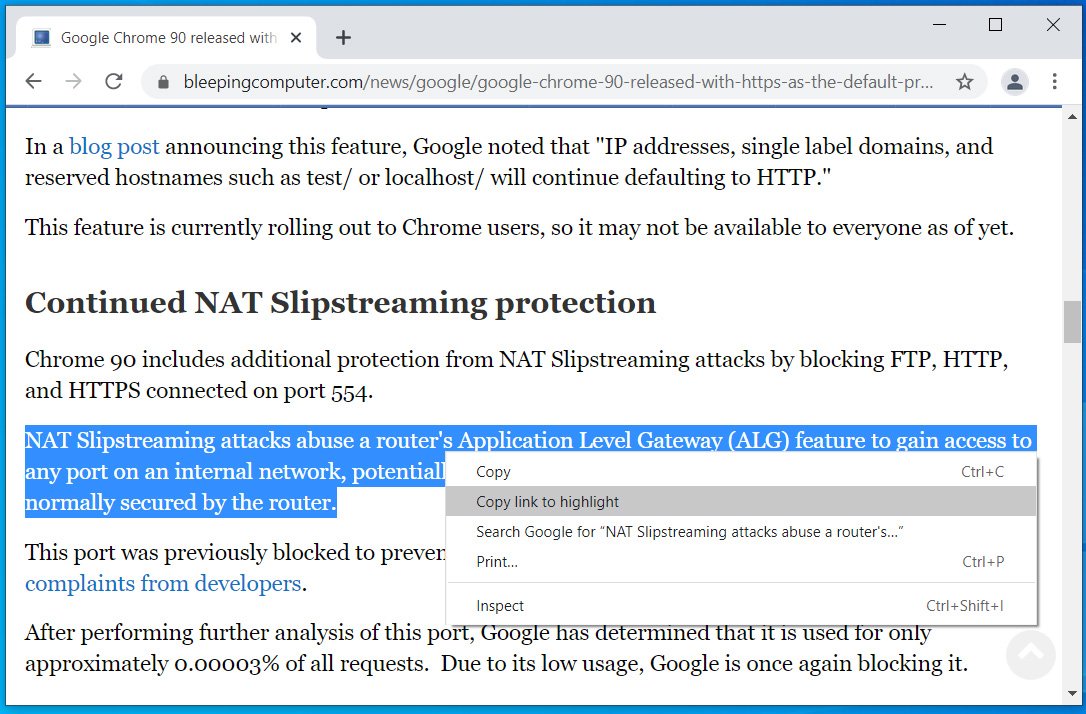 If you are not already aware, Google has recently launched its latest software update to Chrome 90 that is packed with new features and better security. Recent reports suggest that the Chrome 90 update will let users generate and share links to highlighted text on the website. The news has suddenly taken over the internet as it is a very beneficial tool that will make several lives easier, increasing workflow and productivity, especially students and work colleagues.

As mentioned in a report by Engadget, the feature was launched itself last year but it was a part of the Google Chrome extension but now, the company has officially introduced an improved and efficient feature for its latest Chrome update.

Let me give you an example so that you better understand the usefulness of this feature. Assume that you are working on a research paper with your fellow university batchmate and you found this really interesting paragraph in a four thousand words article on the internet. In the usual case, I would have simply copy-pasted the link to the article and as the person to read the entire article, or I would have pointed out to him the location of that important paragraph. This probably works but it consumes a lot of unnecessary time and effort.

Now, when using Chrome 90, I can simply highlight the important text from the paragraph, right-click on my mouse and select “copy link to Highlight”. What this feature will do is that it will generate a link to this specific highlighted text from where I can send across the link to my colleague and he will directly be led to that specific highlighted part from the four-thousand-word long article on the internet. Isn’t this amazing?

However, the feature has not been officially rolled out on your Android and Desktop devices even after updating the browser to Chrome 90. The feature will be coming as early as within the next two weeks, as speculated by several sources.

The new update on Chrome is pretty phenomenal and a considerable improvement from its previous iteration. Google confirms that after the new update, the browser on your desktop will take less CPU usage which means freezing and lagging will be negligible and you will certainly feel more productive and efficient while working with the Chrome 90 web browser.

As mentioned in a report by Engadget, Kayce Hawkins, Chrome Product Manager at Google talks about Chrome’s memory usage and how it will be more efficient in usage, consuming less CPU and memory usage as compared to its predecessors.