Google in Partnership with Cadbury 5 Star for “Do Nothing Mode” 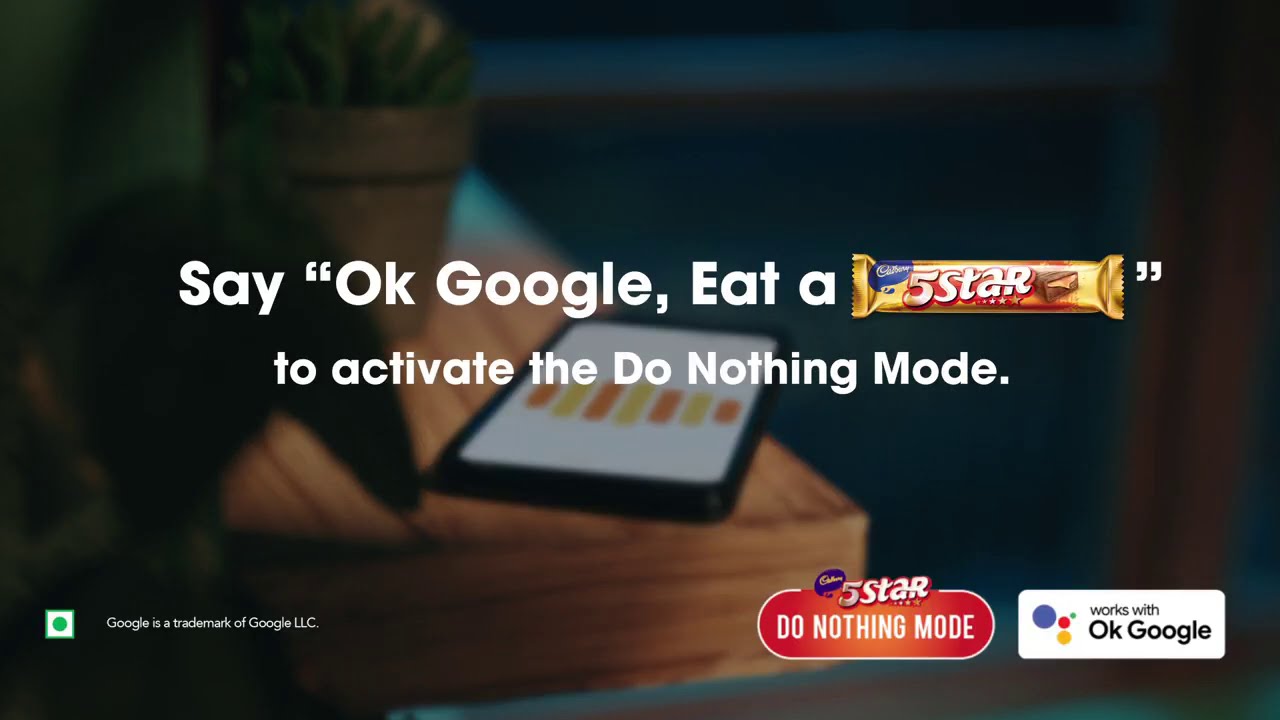 Google has recently partnered with Cadbury 5 Start (the chocolate) to boost the chocolate maker’s sales with an exclusive advertisement, something which no one has ever thought of.

Get ready to relax for a while, take that chill pill because this new feature from Google will help you in doing absolutely nothing. Yes, the helpful Google Assistance will be of zero assistance when this mode is enabled.

For instance, if you ask Google Assistant, the status of the traffic from West Delhi to South Delhi, Google may reply with “He misses you, but he’ll get over it” or Ok Google, “tell me about the nearest bar”, Google mat respond with, “I have a better idea, let’s do nothing!”

Although the examples were mentioned on Gadgets Now, with this mode on, Google will literally motivate you to do nothing. This is a marketing campaign for Cadbury 5 Star which is meant to remind people to take a break from their busy lives and relax for a while by doing nothing.

For most people use the Google Assistant to get things done and to enhance productivity, this is a fun side of the platform where Google responds to your request with wit and lots of humour. However, there have been reports that this feature has not been launched elsewhere but only in India where 5 Star is available at every nook and corner, it being a popular choice of chocolate among children.

“Ok Google, Eat a 5 Star” is the magic phrase that will enable the useless funny feature which, according to many is a hilarious marketing campaign. A smart market strategy by Cadbury 5 Star and Google to engage their users in the brands, reminding people about the importance of a break.

To this above-mentioned phrase, Google responds by saying “I feel like doing nothing now, and I’m going to help you chill too. Ask Me Anything”.

Google and its ‘Googly-ness’ are known across the globe and it is one of the most fun things about the company. Google Assistant is a very helpful and responsive feature offered by the company which helps millions of people in everyday productivity tasks.

Google and Cadbury remind people to take a break every once in a while, to restore their energy and maximise efficiency. Try out this latest update on Google Assistant, “Do Nothing Mode” and enjoy the sassy responses Google Assistant gives on your requests.