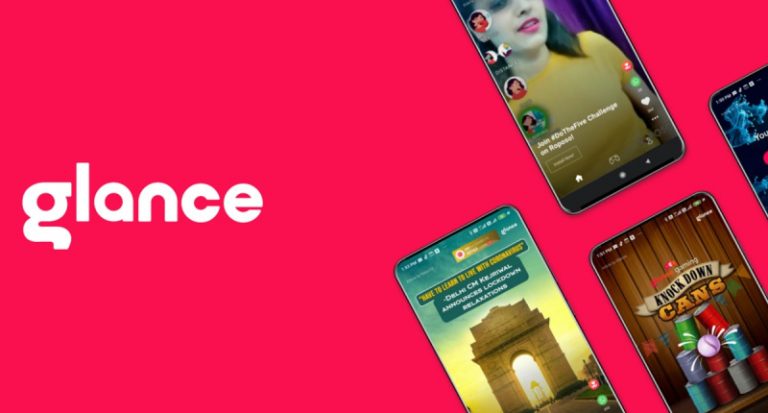 To be more precise, Glance is a social media subsidiary of InMobi Group, India’s leading mobile advertising company. The investment will be shared by InMobi’s other subsidiary, Roposo as well.

Glance is a screen zero platform that contains no ads whatsoever and thrives to give the user a clean interface to browse news and other content, directly on their home screen. The platform is free to use and leverages the power of Artificial Intelligence technology to provide its users with a personalised experience while enjoying their daily content, news, services etc. in a smooth seamless way.

Glance is a lock-screen platform that offers personalised content on the display of your smartphones while they are locked.

Having said that, last year in 2019, Unicorn company, InMobi Group created Glance as its separate social media subsidiary and in the same year, in November, it acquired a video-sharing social media start-up, Roposo that enables InMobi to offer short videos on Glance as well.

Speaking about the funding, apart from Google, the Bengaluru-based start-up also raised funding from existing investors including Mithril Partners.

According to TechCrunch, Google is already in partnership with leading Android smartphone makers such as Samsung and Xiaomi, both of which are India’s top Android-based mobile vendors and Glance comes pre-installed in many android smartphone models as well which may now include the two largest smartphone vendors as well.

When asked about the latest funding, Glance mentions that it is most likely to utilise the newly infused funds to strengthen its brand image across markets, expand its technology team. Other than this, the company aims to launch new services on the platform and lead expansion plans in major markets across the United States and Asia.

Google’s Vice President, Caesar Sengupta commented on the investment saying that there are still many Indians who are unable to find content to read or services that they can use confidently, in their own way, in their own language. This, he says limits the value of internet for them, especially at a time when the internet is a lifeline of so many people. This he mentioned referring to the COVID-19 pandemic situation in India where most of us are house arrested.

According to reports, Glance is one of the largest digital consumer platforms in the world with over 115 million daily active users who spend approximately 25 minutes every day on the app.