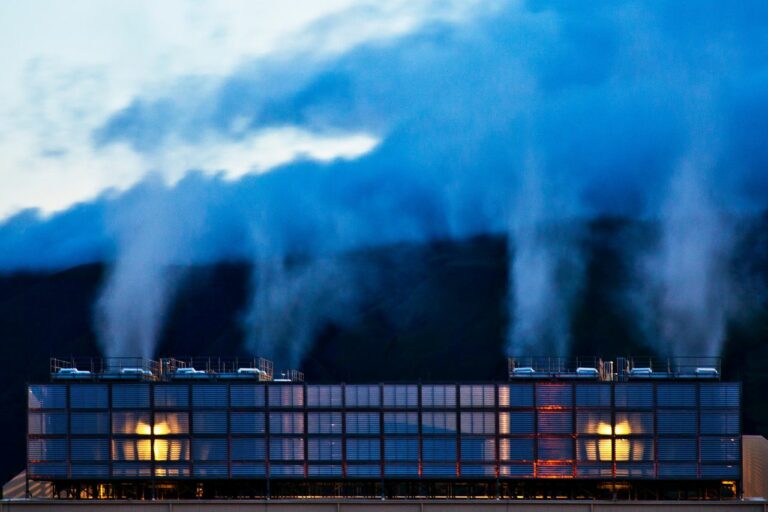 Although some residents are concerned about drought and secrecy, the council of a small Oregon city has accepted a contract with Google that will allow the internet giant to build two more water-guzzling data centres there.

A single data centre can need millions of gallons of water per day to keep hot-running equipment cool, and the location of these facilities in drought-prone areas is becoming a rising source of concern around the world, even as the world’s reliance on them grows.

The “cloud” is made up of data centres that allow consumers to watch movies, conduct research at the touch of a button, shop online, and store images and videos.

The $28.5 million contract was unanimously approved by the Dalles City Council on Monday night. The new data centres would be in addition to Google’s existing three massive data centres in town. In 2006, Google opened its first industrial-scale data centre in The Dalles.

In a statement released after the decision, Google spokeswoman Kate Franko emphasised the public’s need for data centres.

The new data centres would be built on the site of a decommissioned aluminium smelter that generated so much pollution that it was designated as a Superfund cleanup site in 1987. With the purchase of the property several years ago, Google also obtained the rights to 3.9 million gallons of water per day in the area.

“We are proud to expand our commitment to the region and continue the cleanup of the former Superfund site,” Franko said.

Under the terms of the agreement, Google will surrender its water rights to the city and invest in the city’s water infrastructure, including drilling wells, installing water mains, and establishing an aquifer to store water and boost supplies during dry periods.

The amount of water that the new data centres would require, as well as how much the present ones in The Dalles have used, is a closely guarded secret known only to a few city officials and the city council, which has some citizens concerned.

The city claims Google considers the information a trade secret and is contesting a public records request filed by The Oregonian/OregonLive, a Portland newspaper, with a lawsuit.

Dave Anderson, the city of The Dalles’ public works director, said that while he couldn’t say how much water Google would require for the new data centres, it would be less than 3.9 million gallons per day.

In a recent interview, he stated, “The city comes out ahead.”

As they debated whether or not to approve the contract, some council members said they had been disparaged and humiliated. Although there was some criticism expressed in council meetings and on social media, no concerted effort to sabotage the deal was launched in the 15,000-person community.

“When we receive emails and phone calls that call us names and use profanity, that’s just not appreciated,” Councilor Tim McGlothlin said right before the vote. “We’re doing our best to represent you.”

Although The Dalles is close to the Columbia River, the new data centres would have to rely on water from rivers and groundwater that have passed through the city’s water treatment plant.

The Dalles, the county seat of Wasco County, is experiencing extreme and exceptional drought, according to the United States Drought Monitor. Last summer, The Dalles experienced its hottest days on record, with temperatures exceeding 118 degrees Fahrenheit (48 degrees Celsius).

According to Anderson, Google paid for three studies linked to the proposal: one on water supply and capacity, one on essential infrastructure, and one on water quality. Two of the companies who completed the research have a lengthy relationship with the city, and the third was a well-established organisation, he said.