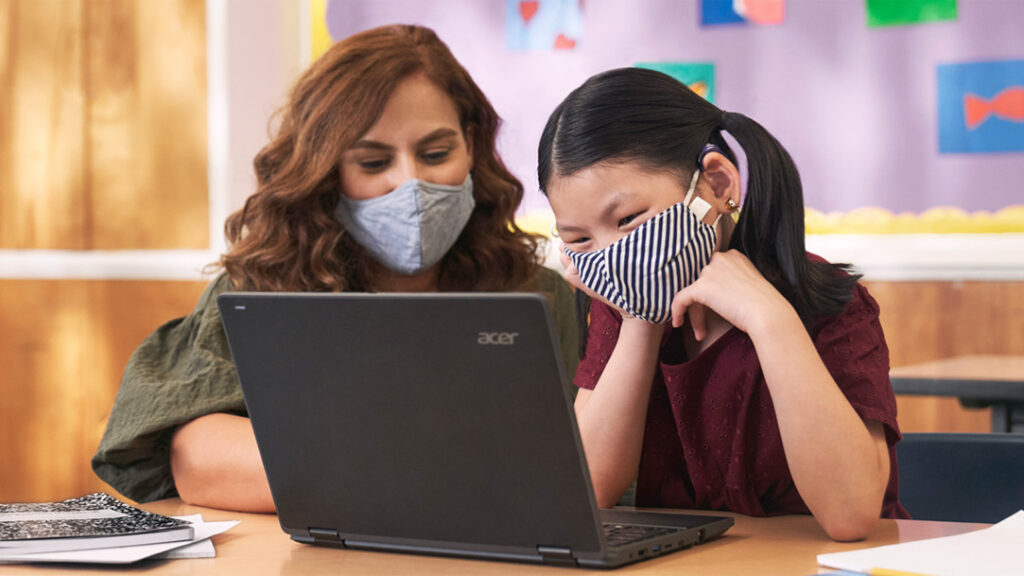 Microsoft has released a special edition of Windows 11 for schools and kids. Windows 11 SE will be available exclusively on low-cost laptops designed for K-8 classrooms, marking Microsoft’s latest attempt to compete with Google’s Chromebooks and their growing popularity in US schools.

Microsoft has been perplexed as to why so many schools and kids are flocking to Chromebooks. Previously, Microsoft tested a S Mode that restricted Windows 10 to apps from the Microsoft Store. Because there weren’t enough programmes available in the Microsoft Store for it to make sense, the restriction was more of an annoyance for end users and schools.

While Windows 11 SE is obviously built for Microsoft Edge, Office, and Microsoft’s cloud-based services, it isn’t limited to them.

“Windows 11 SE also supports third-party apps, including Zoom and Chrome, because we want to give schools the choice to use what works best for them,” says Paige Johnson, head of Microsoft’s education marketing.

IT administrators will have control over which apps are installed, and devices will be able to update silently outside of class time.

The new Widgets area of Windows 11 has also been removed from SE due to Microsoft’s findings that it is distracting in a school setting. Microsoft Edge will be set up to support Chrome extensions, which is currently disabled on Windows 11. Many schools in the United States use Chrome extensions as part of their Chrome OS setup, thus this modification reflects that.

Only low-cost laptops supplied to schools will be able to run Windows 11 SE. In the following months, Acer, Asus, Dell, Dynabook, Fujitsu, HP, JK-IP, Lenovo, and Positivo will all release Windows 11 SE laptops.

Microsoft has also released its own Surface Laptop SE for $249, which serves as the foundation for Windows 11 SE. An Intel Celeron processor, 4GB of RAM, 64GB of eMMC storage, and an 11.6-inch (1366 x 768) display are included in the base model. You can learn everything there is to know about the Surface Laptop SE right here. The specifications for the Surface Laptop SE show the type of low-cost devices that will come with Windows 11 SE. Microsoft claims that Windows 11 SE has been optimised for 4GB of RAM and 64GB of storage devices, so hopefully it will operate well on these low-cost laptops.

Windows 11 SE, which isn’t supposed to be short for anything, is also a key component of Microsoft’s overall efforts to fight with Chrome OS, according to the company.

Microsoft has often neglected what makes Chrome OS so simple to use and maintain for IT professionals and schools, and Windows 11 SE laptops will now be able to communicate with Microsoft Intune for setup purposes right away.

With a more simpler backend administration dashboard for education, IT managers will have an easier time provisioning these devices. Microsoft is also incorporating programmes like Teams, Office, OneNote, Minecraft for Education, and Flipgrid with Windows 11 SE, removing the need for IT administrators to install them separately.

Students should be able to open a Windows 11 SE laptop, type their login details, and immediately gain access to their programmes and cloud documents.

Microsoft anticipates that Windows 11 SE laptops will be available via education channels later this year and into 2022, just in time for the start of the school year.