According to various reports, Google has shut down its translation service in China due to its low usage in the country. Go through the entire article to learn more about this news piece.

About the Translation service

“We are discontinuing Google Translate in mainland China due to low usage,” Google said in a statement. As the many reports, Google has not had good relations with the Chinese market. In the year 2010, Google stopped its search engine services in the country. The reason behind this was the strict censorship done by the government. Apps like Google Maps and Gmail, are reportedly blocked by the Chinese government. Thus, companies like Baidu and Tencent have a strong hold on the Chinese market. Since Google has a restricted presence in the country, only some of its hardware is made in China. But as per the latest reports provided by the New York Times, Google has moved some of its production to Vietnam. Google did consider going back to the Chinese market in the year 2018 but it had to drop the idea after receiving a lot of retaliation from the employees and politicians. Talking about global affairs, not just Google but many other American businesses face a tough time because of the political tensions between U.S. and China. 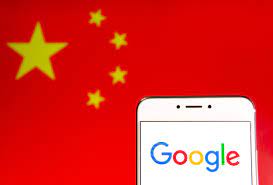 Google is by far the most popular search engine in the world. It has achieved what all companies strive to achieve, which is the trust and faith of its users. For any small problems or confusion, people turn to Google and trust that Google will give them appropriate results that will help them solve their problems. The company aims to help people to collect information in a way that can be used by people and receive the help they need. The company wants nothing more than to improve the lives of the people living on this planet.

Sundar Pichai is the current CEO of Google. Since he has been given this position, he has done nothing but lead the company on the path to success. Many people aspire to become him because he is nothing but a self-made man. He has achieved this position at one of the best company’s in the work only due to his hard work and dedication. “Focus on education is a big strength. I want to see young people focus on creativity and take more risks” is one of his most famous quotes.