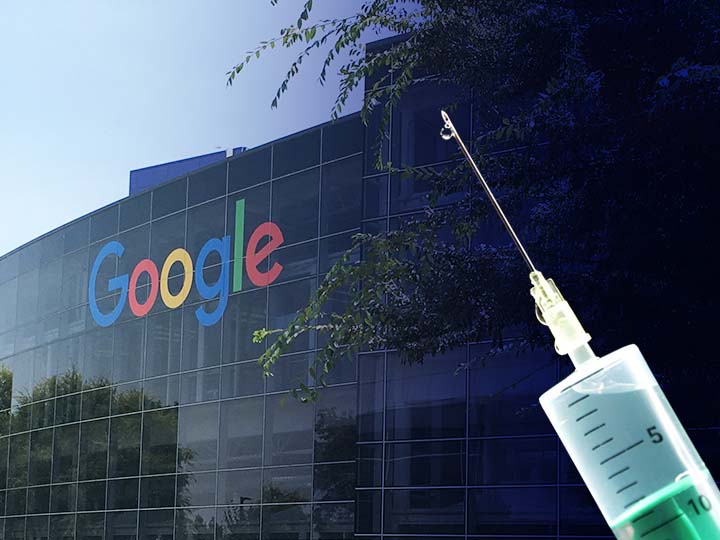 According to an internal memo obtained by CNBC, Google employees who haven’t been vaccinated could be placed on forced leave and subsequently fired if they don’t follow the company’s COVID-19 regulations.

Employees who would have been subject to President Biden’s vaccine mandate, which is presently being challenged in the Senate and the courts, will reportedly be affected by the policy.

Google gave its staff until December 3rd to upload proof of immunisation or get approval for a medical or religious exemption, according to the message. Anyone who fails to complete one of these things by January 13th will be placed on a 30-day paid administrative leave, according to the corporation.

According to CNBC, if they are still not in compliance after 30 days, they may be placed on unpaid leave for up to six months before being fired.

While the corporation anticipates the president’s requirement to apply to the majority of employees, unvaccinated employees can hunt for employment that aren’t covered by it, presumably ones outside of an office, according to the CNBC storey. They’d have to be able to do the job remotely if they locate one (or already have one).

Google apparently demands in-office employees to be vaccinated, claiming that frequent testing isn’t an option. There’s also the possibility of requesting a waiver.

Though the corporation hasn’t said when employees will have to return to work after the introduction of the omicron variety, it does anticipate that a large portion of its personnel will be doing some work in person. According to CNBC, even remote workers will be required to be vaccinated if they are covered by the rule.

Both pay and vaccine requirements have been contentious topics within the company; during a company all-hands meeting, executives were asked if they planned to boost wages to keep up with inflation (which they indicated they didn’t). Last month, CNBC reported that Google had posted an anti-vaccine mandate manifesto signed by hundreds of employees.