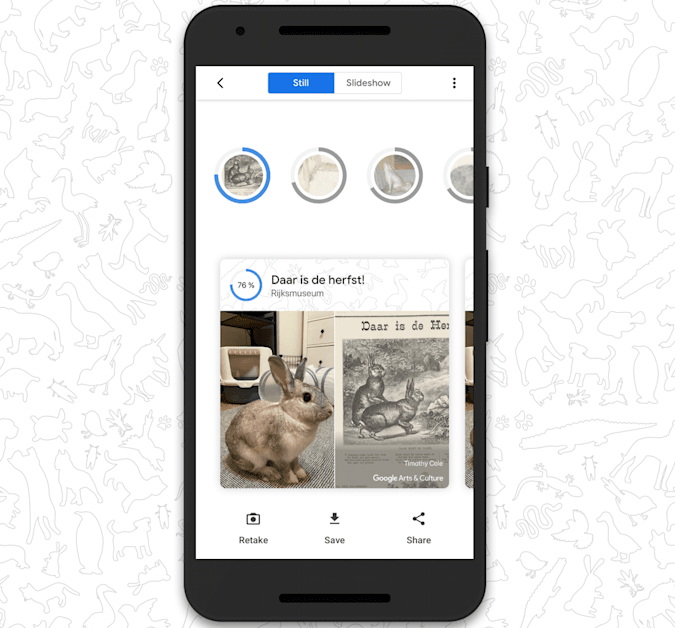 Google innovates like there is no tomorrow and that they want to bring the future here already, and that is good because other technology companies are pretty much doing the same exercise with cutthroat competition on whose technology will lead the world. Having said that, Google’s Arts and Culture application can now find your pets’ doppelgangers in works of art from all across the globe.

Yes, you read that right. Remember when back in 2018, Google introduced this feature in its Arts and Culture application that looks for people’s doppelgängers in the works of art, that feature is now updated to work with your pets. As mentioned in multiple reports, Google says that the app searches for matches in more than 100 million selfies, and now the app can search for animals in art paintings, portraits and more that resemble your pets.

Now, who wouldn’t want to know if their dog was the king of an animal community halfway across the globe, who has doppelgängers in some other parts of the world? It will be so cool to find out that there is a doppelganger whose portrait matches your dog. Google finds for these matches in more than thousands of works from Google’s partner institutions, according to a report by Engadget.

Furthermore, assuming you have a cat and you run its image through Google’s Art and Culture application, only to find out that your cat’s image matches the exact portrait from a 1970’s ancient Egyptian cat figurine that might have had some significant relevance in history, you never know but you can at least find for the match through Google’s Machine Learning technology.

As mentioned in a report by Engadget, you can share your pets’ portraits along with their matches as still images to your friends or share them on social media as a GIF slideshow. Anyhow, it is still Machine Learning and algorithms that we are talking about, so it is rather stupid to expect 100 percent perfect matches.

Still, the advancement that Google has made over the years is commendable and the fact that you can find for your pets’ doppelgängers is mind-blowing. You can use Google’s Arts and Culture app on iOS and Android devices to find matches in sculptures, paintings and more.

What do you think about this? Do you think that this new feature is useful or is it just a waste of time? Let us know in the comments down below.