According to the latest reports, the government has proposed a law to access the encrypted messages and calls on WhatsApp as we as the other apps used by the people. Read the whole article to learn more.

About the proposed bill

In this modern world, people think twice before making an account on a new app because of privacy-related issues. They check for end-to-end encryption and then make a decision. End-to-end encryption means that no one has access to that information except the two people who are sending and receiving the messages. It is a very important and useful feature in today;’s times. It prevents the information from going out or being read by a third party. It also prevents the information from getting leaked. It helps people have their secret oneto one conversation without getting worried of tit reaching to other people or any other system. If the government gets access to these chats, then the whole concept of using online apps to communicate will become useless. There is no point of texting someone or talking to someone if that information is getting monitored by someone else. The government is proposing that even encrypted messages and calls, will be accessible to them through this bill. Even if a report gets registered and it is a serious issue, then Whatsapp has access to some messages but in no scenario does the company have access to all the texts and calls be it any situation. In a world where people value their privacy, the government wants to strip away all of it through this bill. “The existing regulatory framework for the telecommunication sector is based on the Indian Telegraph Act, 1885. The nature of telecommunication, its usage, and technologies have undergone a massive change since the era of the telegraph. The world stopped using the telegraph in 2013,” the explanatory note said. 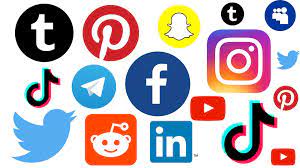 Through this bill, the government is asking for access to everything which includes broadcasting, emails, voicemails, etc., and information on social media apps such as Whatsapp, Telegram, etc. The government has asked for public feedback on this bill. In case this bill becomes a law, even video calls won’t remain private anymore. The government can add other things as well in the future if it wishes to do so. This law will not only affect the users of these particular apps and features but will also have an effect on the apps that have for years, focused on giving their users much-needed privacy.