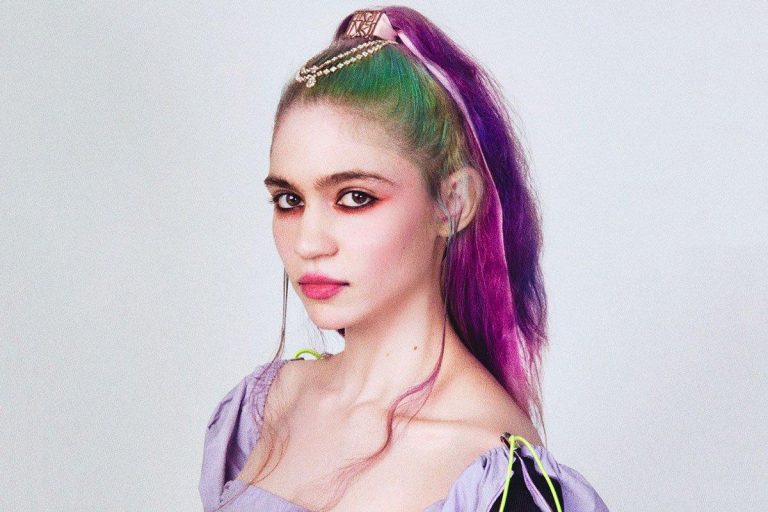 Grimes has got the internet puzzled over her latest TikTok video

Connections can be made between the most bizarre things if your brain is wired weirdly enough to see the bits and pieces that are not visible to humanity in general. Perhaps that is how masterminds work. In ways that are quite sophisticated and incomprehensible to the normal brain. And Grimes has proved this once again with her latest TikTok video that has left the users completely baffled and muddled. The Canadian musician achieved this almost universal confusion after she made a quite confusing connection between artificial intelligence and communism, leaving the brain connections of the audience in a rather miserable state of incomprehension.

She proposed through the video that artificial intelligence is the easiest way to communist utopia, and this has given a lot of work to the languid brain cells of users and they have been speculating ever since trying to make sense of the video and what has been said. As a result, it has been on the trending list in the US, and people have taken to open contemplation on Twitter about the video, trying to decipher the secret code to understand it.

This is what Grimes says in the video clip,

I have a proposition for the communists. Typically, most of the communists I know are not big fans of AI. But if you think about it, AI is actually the fastest path to communism. So, if implemented correctly, AI could actually theoretically solve for abundance. Like, we could totally get to a situation where nobody has to work, everybody is provided for with a comfortable state of being… comfortable living.

AI could automate all the farming and weed out all the corruption, thereby bringing us to… as close as possible to genuine equality. So, basically, everything everybody loves about communism, but without the collective farm. ‘Cause, let’s be real, enforced farming is really not a vibe.”

Here are some responses and reactions from Twitter that perfectly portray the confused mindset of the users.

That pretty much sums it up. After all, artificial intelligence and communism are quite sophisticated topics.

Well, every coin has two sides and it is true in this case too. In her defense, thinking differently is not an offense.

Hey ppl… pickin on #Grimes and her opinions is like mocking a bird that’s singing. Just cause someone thinks differently, doesn’t mean they are idiots. At one point everyone thought the world was flat. Blowing it up to something else is weak minded