Software developer community Stack Overflow has been acquired by Prosus, one of Europe’s most prestigious tech firms, and a famous investor which is best-known worldwide for being the largest stakeholder in Tencent, the Chinese tech biggie. The deal has been finalised at a value of $1.8 billion, and is a part of Prosus’s efforts to make the best out of the expanding market for online learning.

The news was announced by Jeff Atwood and Joel Spolsky, the co-founders at Stack Overflow, which is the biggest Q&A service for developers. The same was later confirmed by Prosus.

Under the deal, Stack Overflow will continue to work independently, according to its original business plan and practices. “Major changes and awkward synergies” are not to be expected, says Spolsky. The deal will most likely close by the end of the third quarter, subject to regulatory approvals. 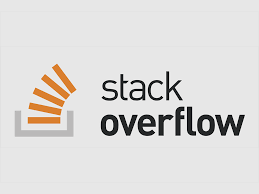 Prosus, a Name to be Reckoned with

This happens to be first full-fledged edtech deal by the European company, which already is a stakeholder in learning platforms Codecademy and Udemy. The firm is also looking to invest in training software Skillsoft, soon.

Prosus, is a giant in the technology industry despite not being a name that everyone can recognize upon hearing. It is the International assets holding arm of Naspers, the South African firm.

The parent company had  bought 46.5% of the stakes at Tencent in 2001, for a mere $32 million, something which seems quite small compared to the sale price they got for 2% of the same stakes, which sold at almost $15 billion. Yes, you read that right.

This is by no means one of the first edtech deals that the tech business has witnessed in recent months, especially post the pandemic. Only last month, Kahoot, the Norway-based gamified learning platform, had acquired California-based startup Clever, in a deal worth around $500 million.