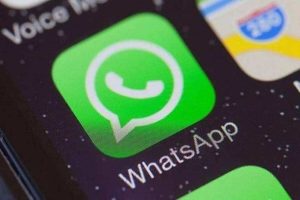 A petition has been filed in the Supreme court against the Whatsapp Privacy Policy. The petition was filed by the Atmanirbhar Digital India Foundation(ADIF), which was formed with the objective of fighting against the dominance of tech companies like Amazon, Facebook, and Google. Although the petition has been filed, the matter is yet to be listed for hearing in the apex court.

January marked the formal launch of ADIF. The executive council of ADIF includes investors and startup founders, in addition to chief executives like Murugavel Janakiraman of Bharat Matrimony, Ritesh Malik of Innov8, Sairee Chahal of SHEROES to name a few.

The petition filed opposed the addition of UPI payment by Whatsapp, claiming that it was illegal and against the rules. In addition to this, the petition also puts forth the argument of the inherent bias that Whatsapp exhibits in the privacy approach to Indian users in particular. This contention is in the light of the fact that a better policy was offered in Europe under the provisions of the General Data Protection Rights.

The series of data breaches that took place in the country acted as a catalyst, leading ADIF to forward a request to the SC to make the companies that use data concerning customers liable for any breach or leak of data. However, the absence of a proper data protection law puts the realization of this petition in a haze.

The introduction of new privacy policy by WhatsApp which will come into effect by May 2021 is being opposed and challenged in several courts in the country.

In addition to this, a petition was filed by Binoy Viswam, Rajyasabha MP, contending the big tech companies against sending payments data to out-of-country servers. However, an RBI directive allows the data to go out of the country for a duration of 24 hours, after which it should be erased completely.

However, it cannot be denied that certain proposals for data regulation were indeed a hard hit for big tech companies, curbing their autonomy to an extent and they are planning to push back. Tech giants in the country have been facing a series of roadblocks due to these proposals and regulations, owing to the increased concern over privacy and security in the country.