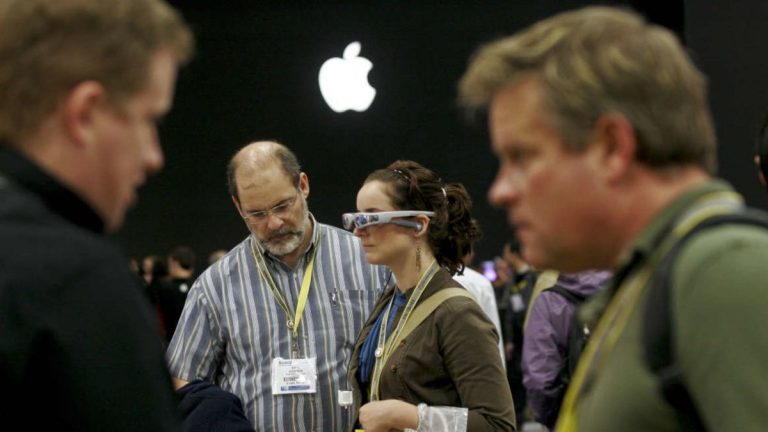 Apple Also Working On A Mixed Reality Headset That Will Be Released Next Year Apple's virtual reality and augmented reality devices are taken very seriously by the tech giant company. Reports claim that Apple has been shown interest in the AR/VR space foreshadows what's to come

Apple in its new note for TF International Securities, prominent analyst Ming-Chi Kuo predicts that Apple will release its mixed-reality headset around the middle of 2022. In addition to this critical detail, Kuo has stated that Apple’s augmented-reality glasses may be released in 2025, as well as the strange contact lens that the iPhone manufacturer could release between 2030 and 2040.

Apple’s Upcoming Mixed Reality Headset – Everything You Should Know

Apple has long been said to be working on at least two high-tech wearables that would compete with Google Glass using cutting-edge AR and MR technology.

Kuo wrote in his note. We anticipate that the helmet product would offer both AR and VR experiences, while glasses and contact lens devices will mostly concentrate on AR applications.”

MacRumours accessed Kuo’s notes, which discuss not just the delivery timelines but also the capabilities that these devices would provide.

The latest designs of Apple’s mixed reality helmet weigh between 200 and 300 grams, but Kuo claims that this weight can be reduced to 100-200 grams if the company can resolve technological problems. And the end model will be much lighter than many current VR headsets.

Because of its complicated architecture and high-end features, the Apple mixed-reality headset will cost about $1,000 (roughly Rs 73,300) in the United States, which is the same price as Apple’s high-end iPhone edition.

This mixed-reality headset will also have Sony Micro-OLED displays and many other optical components that will help users get a see-through AR experience as well as VR-centric features, according to Kuo.

This headset would operate with a standalone computer and storage, eliminating the need for it to be tethered to a phone device. However, it would not be as compact as an iPhone, according to Kuo.

“We expect the new helmet product to improve its mobility as technology advances,” he was quoted as saying. The Apple mixed-reality headset has a “significantly improved immersive experience than existing VR headsets,” according to Apple.

The specs and features depicted in Kuo’s note are consistent with earlier rumours. According to a previous article from The Information, the headset will have over a dozen cameras for monitoring hand gestures.

The cameras are said to use the visor of the headset to transmit video from the physical world to the recipient. The headset will have two ultra-high-definition 8K screens as well as eye-tracking technology.

“We assume that one of the main selling points for this helmet will be its integration with video-related apps (e.g., Apple TV+, Apple Arcade, etc.),” Kuo wrote in his note.

Aside from the mixed-reality headset, Apple is expected to release AR glasses in 2025, but no samples have been seen yet, according to Kuo.

The Apple AR Glasses will also be compatible with the Apple Car, which, according to Kuo, will not be available until 2025 or later.

Apple is also said to be working on contact lenses that would help the company move from transparent to invisible computing, according to Kuo. Kuo’s note contained no further detail on these contact lenses.

Apple is committed to its MR/VR/AR technology, according to Kuo, indicating that the iPhone maker’s future is likely to be in space technologies.

Kuo seems to have a “right attitude” about it. Sony for Micro-OLED screens, Pegatron for EMS, and other optical sensor manufacturers are said to be the principal supply chain beneficiaries for the Apple mixed-reality headset.