Marketing is a vital element of business but the most important part of the entire process of marketing is customer engagement. Engaging your customers is even more tougher than convincing them to buy your offerings. You have to have a constant touch that will make them feel that they hold a significant space in your business as a prominent stakeholder.

To make this more easy; many conversational platforms have been created that actually give a push to the entire set of thoughts. One such company known as Gupshup has recently been in the news as it bagged funds. The insights into the matter are mentioned in the article itself. Let’s get in.

It is the leading conversational platform that has a base of 6 billion messages per month. A huge amount of small, large and medium enterprises seek its support to connect to their various stakeholders in the field of marketing, sales & other support. It gives an application programming interface for more than 30 channels. They use an entire ecosystem that consists of channels, device manufacturers, ISVs & operators.

The details regarding its products is as follows:

The company’s 80% business is from India and the rest is by Latin America, South East Asia, Africa & Europe.

On Thursday; the company announced a funding of $ 100 million. The amount was provided by the popular venture capitalist Tiger Global management. After this raise the company would stand at a valuation of $ 1.4 billion.

The company founder Beerud Sheth said that the operations of company hold a significant market in India. There are four offices in the nation while the headquarter is back in United States. It therefore becomes the tenth firm to come into the unicorn club. 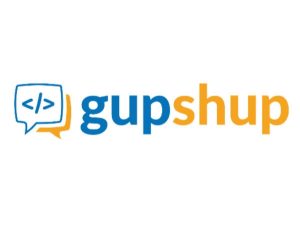 The company stated that this raise is not the ending. It will be followed by a couple of more funds which will help the company to increase its world wide presence. The latest funding conducted was in the year 2011 with an amount of $ 50 million from investors like Charles River Ventures, Helion Venture Partners & Globespan Capital Partners. The last year revenue stands at $150 million. Expectations are that the next year will have a 50 per cent year on year growth.

“Customers expect to converse with businesses the way they do with friends. They expect the conversation to be simple, easy, quick, contextual, and personalised,” explained by the founder. “Gupshup’s mission is to build the tools that help businesses better engage customers through mobile messaging and conversational experiences.”

The Partner at Tiger Global Management, John Curtius also said with respect to the investment that this segment of messaging is very transformational as it gives the opportunity to serve every customer through its touch points.

The coming times will definitely see a demand phase where customers willingly choose the AI platforms to get answer to their minutest queries with respect to any domain. The chatbots & conversational mechanisms are surely holding a significant place as they are a mode of connect. The segment has the highest compound annual growth rate.

So; gupshups are definitely going ahead to serve its potential & prospective customers.