U.S. has record number of applications for H-1B tech visas 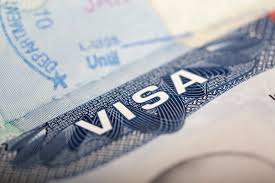 A maximum of 85,000 of the work visas, including 20,000 for holders of master’s degrees, are available each year under limits set by Congress, despite years of heavy lobbying by tech companies to raise the cap.

U.S. Citizenship and Immigration Services on Monday used a computer-generated lottery process to dole out the visas, and will start processing them by May 11, the agency said on its website.

„Year after year, the government falls back on a lottery system to determine which U.S. employers will „win’ the ability to hire top world talent,” Lynn Shotwell, executive director of the Council for Global Immigration, an industry lobby group, said in an email on Monday in response to the figures.

„This year, employers had a mere 36 percent chance of being granted an H-1B visa. U.S. economic growth should not be left up to this gamble,” Shotwell said, adding U.S. employers were frustrated.

The United States loses about 500,000 jobs a year because of those limits, according to estimates from Compete America, a coalition representing tech giants including Amazon, Facebook and Microsoft.

But some labor organizations have criticized the program, saying it keeps down wages in the tech sector.

They made it easier for entrepreneurs to work in the United States and extended a program letting foreign students who graduate with advanced degrees from U.S. universities to work here temporarily.

But major changes require congressional action, and there appears to be little promise for such legislation in the current political atmosphere.