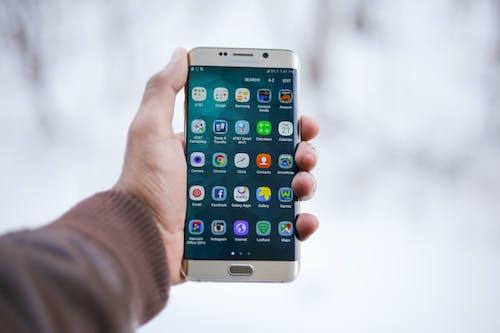 How are casino mobile applications changing the landscape in the gambling industry?

Recent advances in technology have changed almost everything about modern life, from how we shop to the way we access entertainment. Correspondence that used to require several steps can now be sent at the touch of a button, and information is readily available from devices that we carry everywhere with us.

While video games have had their fans since the early days of computer technology, they were initially the preserve of early adopters and computer ‘geeks’ almost exclusively. As the internet became more widely available and the world embraced the digital wholeheartedly, gaming became a much more mainstream activity.

Computer power increased significantly, and the quality of games went from blocky graphics and tinny sound to more involved games with realistic graphics and studio-quality soundtracks. Gaming went from a niche interest to a huge global industry, worth nearly 200 billion dollars, within a couple of decades, incorporating new technology at every opportunity and making the most of the increased interest to broaden the scope of the game available.

The impact of mobile technology on gaming

The marriage of mobile phone technology and the internet was inevitable, but even the pioneers that made it happen could not have known that gaming was going to be a big part of the relationship between the two. As soon as it became possible for app developers to make it possible for users to download applications to use on their phone, games were among the first things to be available for those wanting to test the new technology.

Games are still the most popular category of app available, with billions of downloads each year. Of those games, many are new variations of classic favourites, such as Tetris and Pong, and traditional casino games have also found a new app-driven fanbase.

As the market for these kinds of games increases, the quality of the games improves as well and the app market has proven so lucrative that developers are pulling out all the stops to make their games mobile-friendly. There are a number of ways that games designed for the mobile market may differ from their traditional counterparts, including:

By appealing to gamers with easy-to-play versions of their favourite casino games, the online sites have become one of the top choices among mobile gamers. Many incorporate the most cutting-edge technology to bring players the most authentic casino experience.

Live action direct to your device

Although the idea had been around since the 1990s, it wasn’t until internet speeds and bandwidth caught up that live streaming became an option. By allowing players to watch and interact with casino favourites such as roulette, poker, and blackjack, it’s even easier for players to immerse themselves in the game for an experience that will appeal to casino fans.

Combining the excitement of any casino game with the immediacy of watching the games play out in real-time, casinos’ use of live streaming has increased the way that players can interact with their favourite games. They currently face most competition from action games, this suggest people playing mobile games are looking for excitement, meaning casino games have to keep players engaged. It combines the flexibility and convenience of playing whenever and wherever you are with the excitement and atmosphere of a land-based casino.

The future of mobile gaming

In just a couple of decades, mobile gaming has moved on from the ever-popular ‘Snake’ to incorporate some of the most advanced technology in the world. Developers make good use of the technology already in mobile phones to create new ways to play, combining features to give users a more engaging experience.

Using augmented reality mobile applications to create RPG games which are sure to gain even more popularity in future years, hidden within our known reality, is just one of the revolutionary ideas that has already become a popular element of online gaming. As more players engage, more advancements will be made, and games will become even more interesting.

Many casino games designers are already looking to the future to try and anticipate the upcoming trends for mobile gaming apps. Hardcore mobile gamers are so enthusiastic about their fun that they have generated enough demand for gaming-friendly mobile phones.

These phones are optimised to run games smoothly and with no lag, provide the high-quality graphics that players have become used to and allow gamers to have as much control as possible over their gameplay.

In a market so strongly driven by users, casino games providers are keeping up to date with their target fans. By offering a more convenient and engaging experience via mobile apps, they make gaming on the go an appealing choice for everyone.