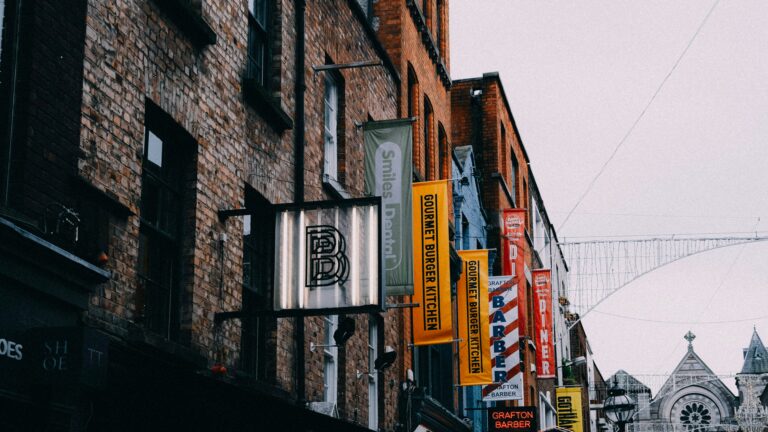 How the Greeks advertised their business

Business development today plays a really large and significant role in the development of the world and the economy as a whole. Competently build and promote a business is an intricate and quite difficult task. Many businessmen have not planned to have a brand logo since the creation of their business. Doubts and extreme uncertainty about the need for a logo and its meaning overwhelm novice businessmen. Assumptions the logo does not make sense and its presence as the face of the brand should be completely exhausted. Many people mistakenly believe a logo is just a beautiful image, but this is not entirely true. The logo plays a significant role in business, because it, as the face of a brand or product, reveals its main essence. This small sign is able to fully reveal the objectives, purposes and content of the brand.

By the way, it is considered such a phenomenon as a logo appeared quite recently, as a result and consequence of the life of modern society. However, not everyone knows in the Ancient period of the history of our civilization, a whole variety of samples containing identification symbols can be found. Such symbols were used in completely different formats – text, sign and graphic. It’s no secret every Greek letter has its own peculiar meaning. It was those very original symbols performed the same similar functions as modern and current brand logos. Only then, since the world was obviously not as developed as it is now, these symbols and designations acted as an identifier for various commercial and religious groups of people and societies. One conclusion from these facts suggests itself – such a phenomenon as a trademark or symbol originated deep in antiquity. Moreover, the presence of such a sign is a clear sign of a developed society economically and culturally. Now brand symbols and logos appear before us as an integral part of reality. We are so used to them that we can’t imagine another life. Every day we encounter a logo on almost any consumed product of human culture.

It is for this reason we do not even think about where such phenomena as logos, brands and advertising came from, and how they originated. After all, at the time to which the reference is being made, there were no advertisements, no ads, no store signs. This means brand names play a significant role in people’s lives. By the way, you can still find Greek symbols in some logos. It is known many of them had mystical significance. For example, symbol beta even had demonic properties. Numerically, the symbol denotes the number 2; this letter is not the first, and therefore is regarded as a violator of unity, and in dualistic religions it is identified with a demonic challenge to the one God. If we analyze some types and examples of logos, we can find in some companies a tendency to mystical and hidden meaning. For example, the designation of the sun is more friendly and sincerely amiable, because current marketers are sure a company and a brand with a focus on solar themes in logos appear warm, friendly and reliable to consumers. Having met with such a logo in an advertisement, you will receive only positive emotions.

There is one story that roughly shows how and where advertising and the logo itself originated. This happened long before our era in the city founded by the ancient Greeks. An example of one of the ancient identification signs is associated with a kind of advertising of a brothel. This is one of the first advertisements in the world. An image of a human foot and a woman’s head was carved on one of the stones on the street. This image resembled a child’s drawing. However, this kind of advertising worked and attracted tired and exhausted sailors, merchants and travelers.

The location of the advertisement was also chosen successfully. It was located on the main street and pointed the exact direction to the place where the advertised was located. In addition, it should be noted how correctly and appropriately the image is executed. It turns out this example displays exactly the likeness of a logo, and not just an advertisement. An advertisement made without the use of words, that is, various text inscriptions, and contains only images or drawings, immediately hits exactly the target, because it is simple, understandable and uncomplicated for everyone.

Now the concept of “logo” denotes an element of corporate identity, a graphic sign, a symbol or an emblem used by various organizations or individuals to increase recognition and recognizability in society. However, logos have long been designed to convey information to people as accessible, relevant and correct as possible. When creating a logo, such criteria should be taken into account, since a logo is not just an attractive picture, it is a sign that carries meaning, discloses basic information about the brand and, accordingly, attracts an audience.