How to Appear Offline on Discord‍

Because of its great customizability and functionality, Discord has been the go-to chat software for gamers and is increasingly gaining on with general users as well. Users may build private, invite-only ‘servers’ – or chat groups – with people who share their interests in games and themes. 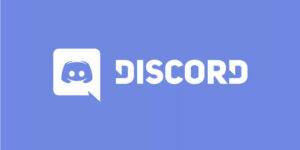 Discord allows for a great deal of customization, including built-in visual themes, markup-based text formatting, and more. Furthermore, because it is an open API, Discord allows developers to customise the app’s look and functionality to build their own versions.

However, one standout feature of Discord is the ability to establish a variety of statuses. Other chat applications, such as WhatsApp and Skype, allow users to look offline or online, but Discord provides a variety of status settings.

Discord’s “Invisible” state is great for times when gamers want a little quiet but still want to keep up to speed with any messages posted on their servers. They may seem offline to others while still having full access to the app.

You may always log out of the platform completely if you need some peace and quiet from your Discord server, say to focus on a certain job. However, you risk missing important messages if you do so.

Set your status to ‘Invisible’ if you want to seem offline on Discord without informing your friends or fellow users that you are ‘Idle’ or on ‘Do Not Disturb.’ Invisible will allow you to play games or work on other projects without feeling obligated to respond, while still keeping you informed about conversations and changes.

How to go ‘Invisible’ on Discord to appear offline

On the Desktop version

On the Mobile version

That’s about all; you’ll now seem offline on Discord to all other users, despite the fact that you’ve kept the app open. When you’re through with your responsibilities, remember to change your status from “Invisible” to “Online.” Repeat the procedure outlined above.

For each of the four basic status categories, Discord also allows you to create a custom status where you may customise your displayed status statement.

To create a custom status on Discord, follow these steps:
Select ‘Set a custom status’ after clicking on your avatar as previously mentioned.
Enter your own status message in the pop-up dialogue box, then pick the desired ‘Clear after’ parameter to tell Discord when to cease showing your message.