There’s no denying that Twitter has its moments of brilliance. However, an open forum such as this one has its drawbacks, particularly for those who are only interested in gaining attention and not contributing anything meaningful to a serious debate. 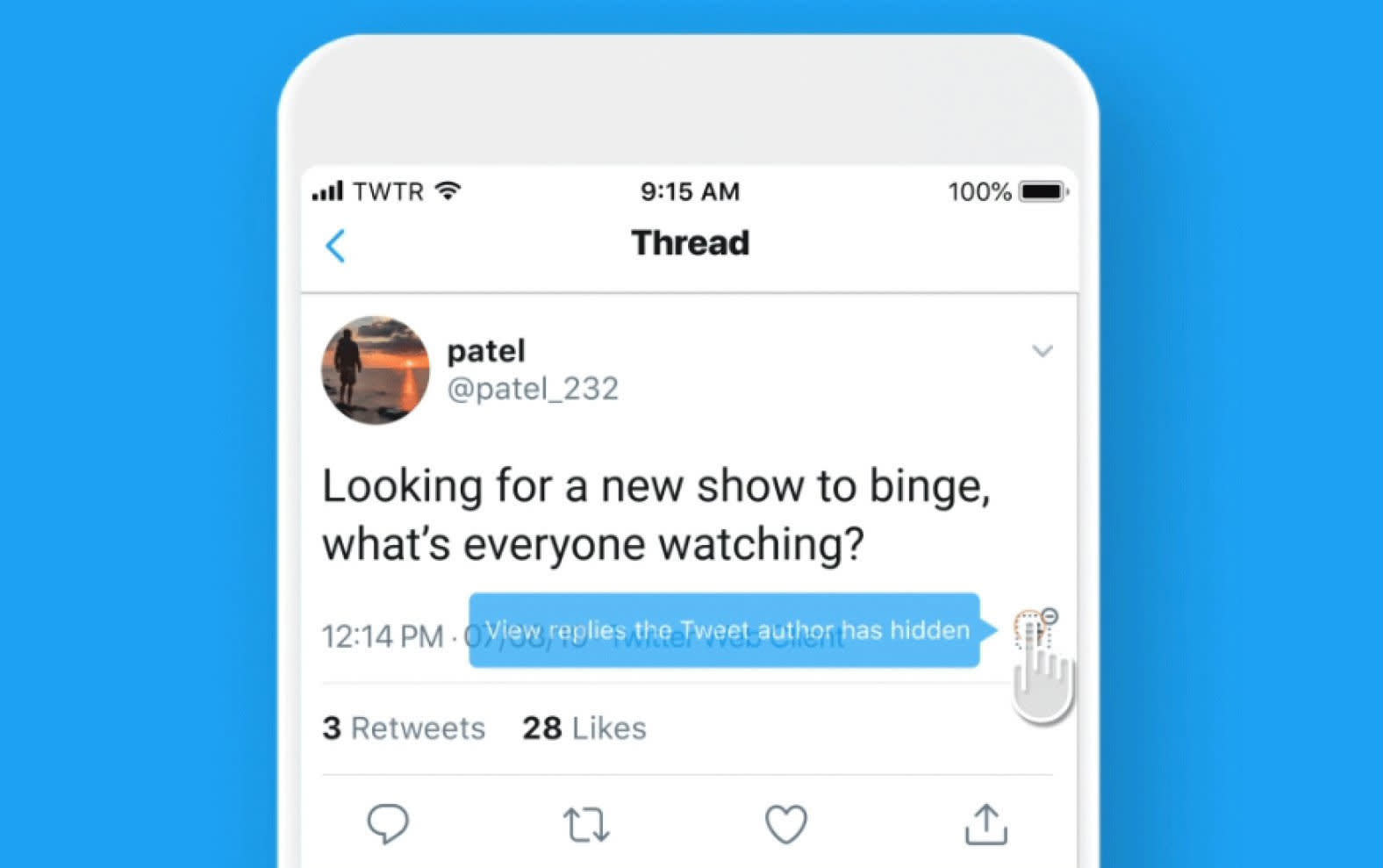 If such people’s rude or irrelevant tweets irritate you, Twitter is introducing a new tool that will give you more control over a conversation while maintaining total transparency for everyone in your Twitter thread.

Tweet authors have the option of hiding replies to their tweets. Anyone can still see the secret reply icon, which appears on the original Tweet when there are hidden responses. The author of a Tweet can also unhide a reply at any time. If a Tweet author hides a reply, the author of the reply will not be notified.

Hidden replies are becoming more widely available at a time when Twitter claims to be improving its platform’s regulation. More than half of abusive tweets are now removed before they are noticed by a user, according to the company’s Q3 2019 financial report. On the other hand, the company appears to be well aware that it still has a lot of work to do.

Hide Replies was created to help balance the Twitter conversation by allowing the original poster to choose which replies to their tweets should remain visible. It’s been one of Twitter’s most contentious features thus far. When someone chooses to keep their answers private on Twitter, they are not deleted; rather, they are hidden behind an extra click. Trolling, irrelevant, disrespectful, or otherwise offensive comments are not permitted to dominate the conversation.

You can see hidden responses on Twitter by following these steps:

Hidden responses may be visible in the Twitter app.

Choose the “see more replies” option to see replies that Twitter has hidden.