How to Get Acquired by Google, According to VP of Corporate Development Don Harrison

“Bringing on founders is key to fostering innovation,” said Don Harrison at the Startup Grind Global Conference. Don has been leading Google’s mergers & acquisitions team since January 2013, and he has an immense amount of experience with Google’s approach to acquiring companies, having presided over the acquisition of companies like Waze, Motorola and Admob.

Watch Don Harrison’s full talk on how Google runs mergers & acquisition proceedings with Mary Grove of Google for Entrepreneurs, with our highlights below.

Tales from the Negotiating Table

Asked about his favorite story from negotiating an acquisition, Don reminisces about his experience with AdMob: at the time, Apple was their main competitor for acquiring the company. At the eleventh hour of the negotiations, according to Don, Steve Jobs was incessantly calling AdMob’s founder Omar Hamoui on his cell phone. Shrewdly leveraging the situation, whenever the Google-AdMob negotiations reached an impasse, AdMob’s Omar played the trump card – simply holding up his phone – forcing Don to concede on every point.

But conceding to founders doesn’t seem to bother Don much. For him, the reciprocal benefits of bringing on smart teams are more than worth the costs. He explains Google’s approach simply: think big, act small, be patient.

Google’s vast resources allow the companies they bring on to tackle big problems and place big bets, but he believes that a small dedicated team is often the best way to move a product idea forward, and that it takes time and patience for those ideas to bear fruit.

Vision and focus are some of the most important qualities Don looks for in a company. “The main reason why we walk away from deals is what I call a dislocation,” says Don. “When founders sit down and sell their vision, we usually take that at face value, but M&A is an exhaustive process and by the end we know your company pretty well. If there’s a gap or dislocation between the vision you sold and the reality, that’s when things tend to fall through.”

Vision is important, but so is the team executing that vision, and Don looks for some very specific qualities in the founders he is considering bringing on at Google. “Personally, I believe that when I sit down with someone I wanna believe they’re a good generalist” he explains, continuing that “I want to hear them wrestle with problems, give good examples, demonstrate emergent intelligence, emergent leadership.”

Last, when asked for his best advice for entrepreneurs, Don says “find an idea you’re passionate about, focus on that idea, and just keep going”. When asked to comment on whether or not entrepreneurs should stay the course or consider taking an exit, Don jokes that  “It’s my job to tell them to exit immediately, and to Google.” Nevertheless, he encourages founders who are experiencing a moment of traction to “put your head down and see where that can go” before looking for an exit.

A Giant’s View of the World

It’s clear that Don shares some affinity with the traits he values most in founders: the word “generalist” definitely applies to the character of his talk. He had fascinating, thoughtful answers when prompted with extemporaneous topics:

“The future” came his immediate retort. “I think you’re starting to see how to rework our lives based on having powerful computers in our pockets, and Uber is an example of that.” Don then segued into a fascinating discussion of emerging technologies, from the promising applications of VR that he believes will revolutionize the way humans interact with computers, to Google DeepMind and the future of AI.

His answer to the lighter question “what book are you reading?” turned out to be equally substantive. “I’m reading the Mars trilogy”, he answers. “I’m involved with SpaceX and so I’m interested in the colonization of Mars.” As if to cement his generalist credentials, he adds with passion that “for literature, I read Salman Rushdie. Everyone should read Midnight’s Children, it’s just art in words”.

So for teams looking to get acquired by Google, the takeaway from Don’s talk seems to be that you ought to have a well-articulated vision and a strong ability to reason through a variety of problems.

And it can’t hurt to read up on your Salman Rushdie. 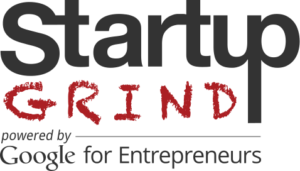 This post was originally written by Sachin Maini on Startup Grind, the global  entrepreneurship community. Startup Grind is a Silicon Valley-based organization that educates and mentors entrepreneurs through monthly business events and speaking series in cities across the globe