How To Get To Dalaran In WOW: Wrath Of The Lich King Once you have reached level 74, you will be able to take the quest that takes you to Dalaran in WOW: Wrath Of The Lich King. You do not get the quest, The Magical Realms of Dalaran, until you are level 74, though, and there are several NPCs that you can get that quest from.

Now that you have picked up the quest, and talked with the quest-giver once more, you should get transported to Dalaran. Whoever you talked to, the quest giver will have asked you to bring the item to Archmage Selindra in Dalaran, and they will offer you teleportation back to Dalaran when you speak with them again. Once you have accepted the quest, simply speak with the NPC again and you will get the teleportation to Dalaran.

Getting to Dalaran is actually pretty simple, even without the wizard, if you know where the quest is for getting the teleportation there. If you do get the mage portal for Dalaran, you need to link up flight points from Dalaran to anywhere else. Set your Hearthstone on Dalaran after using the Mage Portal to get there Speak with the Flying Maester at the Krasus Landing on Dalaran Krasus Landing on Dalaran to get a Dalaran Flight Point. 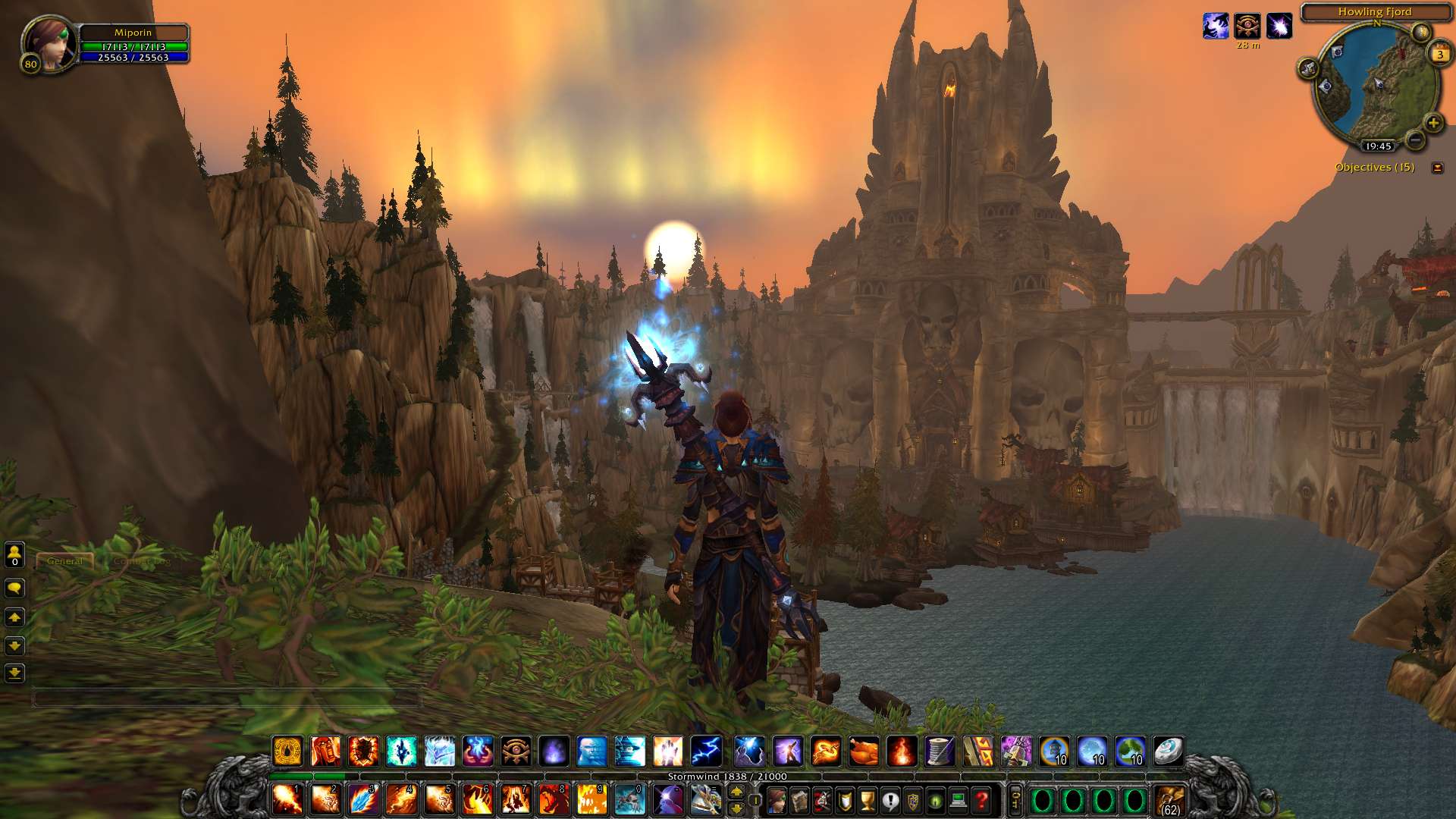 If you do not have a mage who has the ability to cast the portal into Dalaran, getting it may prove to be rather challenging. Unless you have a mage with the ability to throw a portal to the main hub cities on the continent, This can prove quite difficult. Many players will be asking a Mage to teleport because that is the fastest way to get to Dalaran.

This allows you to teleport under Dalaran, which is a workaround if you have got your Hearthstone on cooldown, or if you cannot yet acquire the ability to fly mounts on Northrend. Although Dalaran is midair, players who do not have flying mounts, still have a way of getting to Dalaran. Porting One is pretty straightforward, and if you have cold weather flying, whether through reaching level 77 or through cold weather flying talisman, then you can simply fly into the main city hub on the continent from anywhere you are on Northrend.

You can fly to Dalaran if you want, but you need to be level 77, and you have learned the SkillCold Weather Flying from the Cold Weather Flying Trainer in Northrend for 1000 Gold. Last, but definitely not least, if you cannot, or will not, take either of the above two options, simply get the wizards to teleport for you from a portal in a large hub city on the continent.