How to install the developer beta of iOS 15

In its WWDC session on 7 June, which was highly anticipated across the world, Apple introduced a slew of new features for the upcoming update of its iOS mobile operating system, which will be known as iOS 15. The developer’s beta is now available for anyone who wants to download it, but they must be a registered developer. 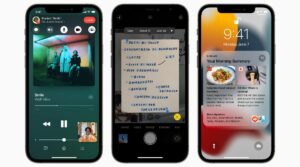 First, you should be warned this version of iOS 15 is going to be very new and very beta. If you are a developer, you will most likely know all this, but keep in mind that it is best to install this on a phone that is not the one that you completely rely on. In addition, remember that you backup all of your data.

If, for some reason, you are not enrolled as an Apple developer, do not be disappointed, as there will be a public beta available for download sometime later in July. When it is available, you will find out where to find it and how to install it.