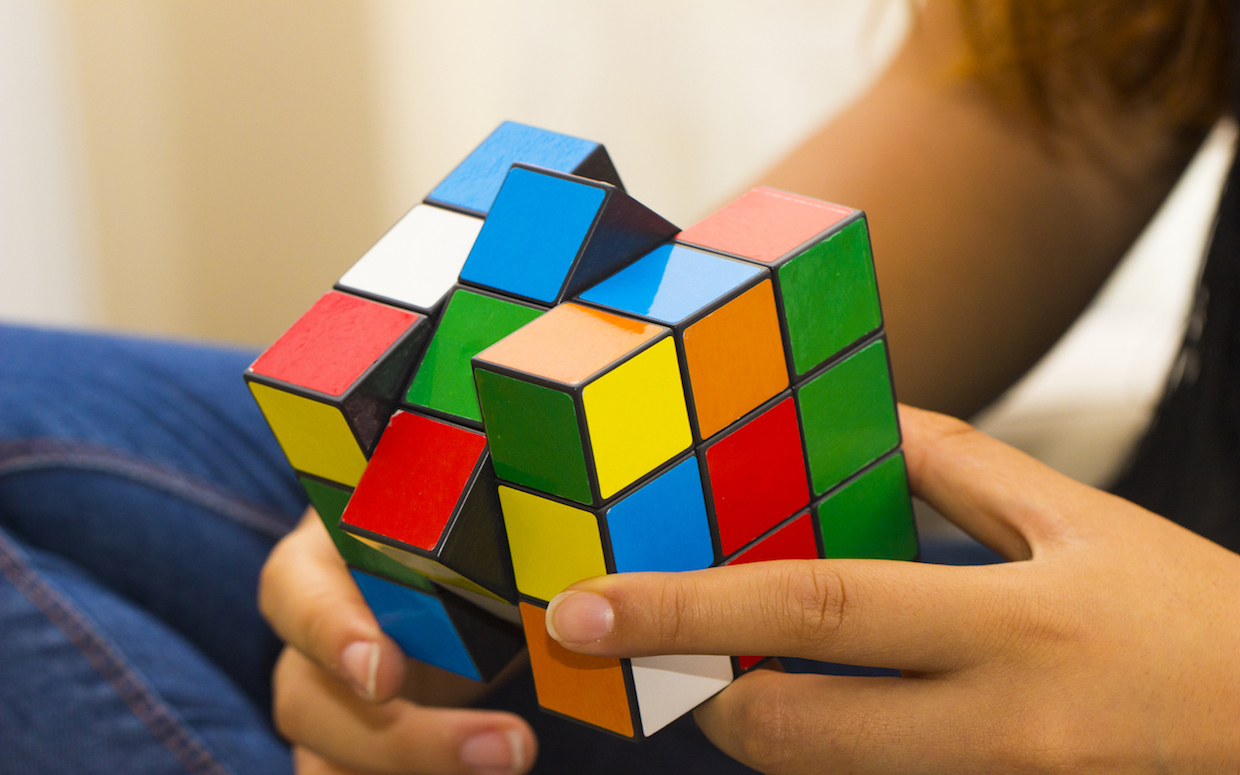 Keeping the face facing up, rotate your cube to have the 2 neighboring corners on your right. When a side is solved, keep the cube with the front face on top and the solved side facing backward. Turn the cube around so that the corners are at the front right-top corner, and then slide the corners down the layer.

In the case where a corner is placed properly on the bottom 2 layers but is oriented incorrectly, repeat the algorithm from the right-hand side until the corner is placed. For a multi-layer solution to proceed once you construct the first layer, the solved part of the cube will need to temporarily be taken apart as you perform your desired moves and subsequently put back together.

To solve the next step, you need to perform a few algorithms, or spin patterns, which lead to the specific cube position. Our next objective is to reach what is called a yellow cross in the upper part of the upper part, without breaking any of the work that we did in the lower two layers. Once you have made the yellow cross, you will need to put yellow border pieces in their final position, in order to match the colors of the side center pieces.

In doing this, we also need to ensure the other colors of the four white edge pieces line up with the right centerpieces in the rest of the Cube. Flip over the cube (white is now at the bottom and yellow at the top) You should find there are 0, 2, or 4 pieces (of the white cross) facing up.