How to unlock auction house in NBA 2k22

NBA 2K22 is finally here, and with it comes Season 1 (Call to Ball), which is now LIVE and ready for you to begin playing. On Friday, September 10, 2021, NBA 2K22 was officially launched. 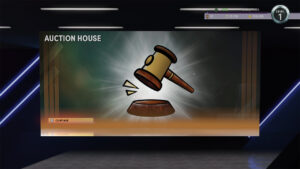 Source – Attack of the Fanboy

The time of release differed depending on your time zone, with North American time zones having fixed hours and foreign time zones releasing at midnight local time.

All of the new features in NBA 2K22 have been unveiled, including updates to the basic game modes! Here’s a list of all the modifications made to the next-gen and current-gen versions. The City, The Neighborhood, MyCAREER, MyTEAM, and a slew of other games will get significant additions, although some, like The City and MyNBA, will remain next-gen exclusives.

The Auction House is closed from the beginning in NBA 2K22, as it has been in prior years. When you initially log in to the My Team portion of the game, you will discover that the auction house is unavailable. This tutorial will walk you through the steps of unlocking the Auction House in NBA 2K22 My Team. To get access to the Auction House, you must first accomplish a task in the mode’s Season Agendas.

In NBA 2K22, you must have 30 cards in your Lifetime Agenda to access the Auction House. Obtaining into the Auction House and getting 30 cards depends on the version of NBA 2K22 you have. If you bought the card pack edition, be sure to claim your unopened packs in the Pack Market area. You won’t have to grind to get into the auction house if you bought the digital bundle or the anniversary edition.

If you didn’t, and instead purchased the barebones base model of NBA 2K22, the grind begins now. There are a few ways for collecting the 30 cards as quickly as possible.

The simplest method to do so is to begin with the single-player challenges. Skill challenges, pick-up challenges, highlight challenges, signature challenges, and activity challenges are all viable options. These various tasks will get you between 3-5 cards per challenge, allowing you to quickly accumulate the thirty required.

In 2K22, Triple Threat can also help you get several cards quickly. A single win awards you with a five-card pack, and five wins you another five-card pack.

Of course, if you really don’t want to wait, you may buy VC cash and use it to buy packs with enough cards to fulfil the criteria. The challenges and triple threat path, on the other hand, should only take around an hour to accomplish.