How to use Xbox Series X controller with your phone

Luckily, that has changed now. Any iPhone that has been updated to iOS 14.5, or any Android phone of any model should be compatible with both the new and old Xbox Wireless Controller. 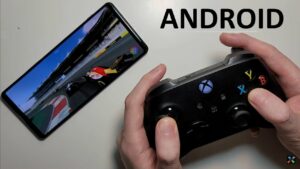 You might be interested in playing Android and iOS games with controller support, or might be looking for game streaming services, such as Game Pass Ultimate. Therefore, here is a guide on how to connect the Xbox Series X controller to your phone.

Connecting to an iPhone

Before beginning the process, make sure that you have updated your iPhone to iOS 14.5. If you have not done so, it may not recognise the controller’s presence, even when both devices are in pairing mode.

Connecting to an Android phone

Theoretically, you should be able to connect the Xbox Wireless Controller to any Bluetooth-compatible Android device. However, if you do happen to face some difficulties when trying to do so, update your device to Android 11 or the nearest equivalent that your device is capable of updating itself to.