Hyperlocal Startups That Failed: When And How Did That Happen ? 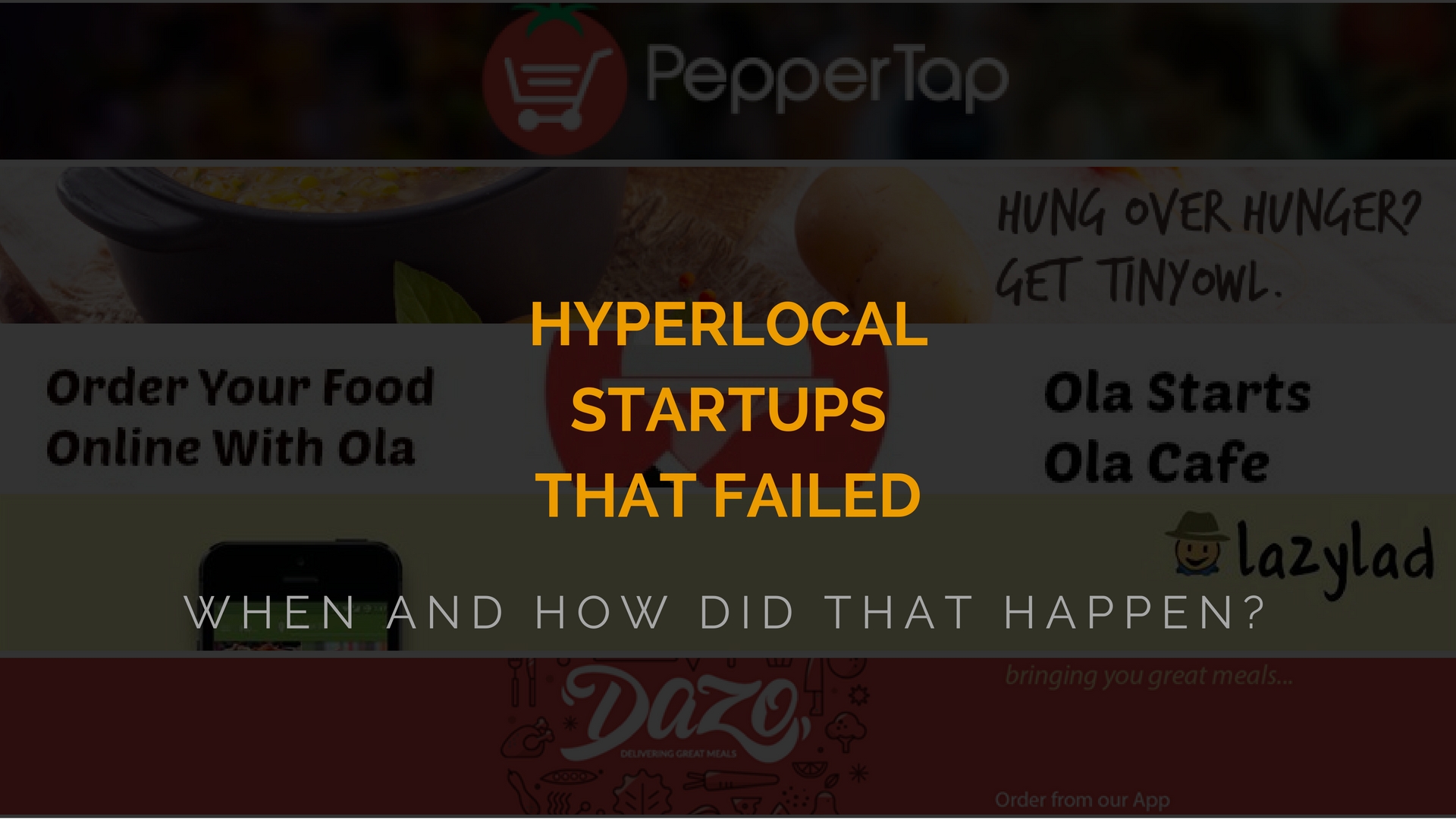 The classic method to start a business-to-consumer model is to start hyperlocal and those are the very principles of the lean model too. Before an e-commerce or any other successful B2C company for that matter, takes off pan India, they generally start by catering to a niche category and a specific target audience. Since early 2014, the Indian startup ecosystem witnessed a fair share of hyperlocal startups that have sprung up at numerous locations across the nation.

Some of the prominent names that have been able to expand at best include Zomato, Big basket, Flipkart nearby, Swiggy, etc, giving its customers access to nooks and corners of their locality with a touch on their mobile phones. Given the big names, there were many others that had to shut down their operations due to various operational and market issues. The success stories might provide you inspiration, but the failure stories can provide you valuable lessons.

Here is a list of few such startups and the information about what went wrong.

Peppertap was a grocery delivery start-up founded in November 2014 by Milind Sharma and Navneet Singh. It got a total funding of $51.2M in four rounds. Within one year of its beginning, it had spread to 17 cities with an average of 20,000 orders delivered daily. They operated on a 100% inventory-less model. But by March 2016, it had to shut down owing to the following reasons.

TinyOwl was a Mumbai-based food delivery startup founded in August 2014 by IIT-Bombay Alumni Harshvardhan Mandad. It had raised Rs.152 crore from various investors but finally had run out of options.

India’s famous taxi-aggregator Olacabs had started Ola store and Ola café in order to deliver grocery and food on an experimental basis in June 2015. Ola café showed few particular dishes from a handful of restaurants in the vicinity of the consumer. Ola’s cab drivers would buy the food from the partner restaurants and delivered whenever there was an order from a nearby locality. Ola café and Ola store were shut down in March 2016 due to the following reasons.

Lazylad was founded in April 2015 by IIT-Guwahati alumni Saurabh Singla, Paresh Goel and Ajay Sethi. LazyLad’s app gave access to neighbourhood retailers in six product categories that included flowers, daily groceries, fruits and vegetables, stationery, bakery and confectionery items, and meat and seafood. It operated in Gurgaon, Chandigarh, Sirsa, Roorkee, Mohali, Panchkula and Zirakpur.
Owing to very high logistics cost, small margins and high competition it shut down its B2C operations in June 2016 and its founder stated that they have moved onto B2B model instead.

Many of you might not have heard of this, but Dazo, previously called TapiCibo was India’s first curated food demand platform founded in 2014. The start-up began with its own chefs and partners and worked as an online kitchen servicing a few localities in Bengaluru. As demand increased, it converted itself to an aggregator of restaurants such as Zomato and Swiggy. As demand and supply increased the quality and delivery of the food went out of its hands and finally it had shut down.

When it comes to business plans, there is a lot of stress on grabbing the market share and the amount of money that is burnt on that is usually higher than the estimated value. There are a few factors that come into play while deciding the fate of a startup, and so far money has been dominating those factors.

Here is a breakdown of some of the key reasons behind the failure.

Remember this is a mere observation from a consumer’s point of view, but how these startups could’ve avoided the failure is open to discussion in the comments below !