According to new data from blockchain analytics firm Chainalysis, scammers made a record $14 billion in cryptocurrencies in 2021, thanks in large part to the rise of decentralized financing (DeFi) services. 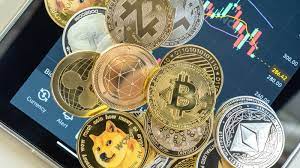 Losses from crypto-related crime increased by 79 percent year over year, owing to an increase in theft and scams.

In 2021, the most common type of cryptocurrency-related crime was scumming, which was followed by theft, the majority of which was committed through the hacking of cryptocurrency firms. DeFi is a huge part of the tale for both, according to the firm, which is another cautionary note for individuals playing in this developing section of the crypto market.

In its annual Crypto Crime report, Chainalysis stated, “DeFi is one of the most interesting aspects of the wider cryptocurrency ecosystem, giving the significant opportunity to businesses and cryptocurrency users alike.”

“However, the same decentralization that makes DeFi so dynamic also allows for widespread scamming and theft, DeFi is unlikely to fulfill its full potential.”

DeFi is a rapidly emerging segment of the cryptocurrency industry that intends to eliminate middlemen, such as banks, from typical financial operations such as obtaining a loan.

Banks and attorneys are replaced with a smart contract, which is a programmable piece of code. This contract is written on a public blockchain, such as ethereum or Solana, and it executes when specific criteria are met, eliminating the need for a middleman.

Joey Krug, chief investment officer at Pantera Capital, a cryptocurrency and blockchain-focused asset management, explained, “The banking system is just passing money around with various terms and conditions attached to it.”

According to Chainalysis statistics, the amount of DeFi transactions increased by 912 percent in 2021. Decentralized tokens like Shiba Inu have had impressive gains, which has fueled a feeding frenzy among DeFi tokens.

When it comes to dealing in this immature crypto economy, however, there are a number of red signs.

According to Kim Grauer, Chainalysis’ head of research, one issue with DeFi is that many of the new protocols being introduced have coding weaknesses that hackers can exploit. In 2021, these code exploits were used in 21% of all hacking attempts.

While third-party organizations undertake code audits and publicly identify which protocols are secure, Grauer tells CNBC that many users still choose to engage with dangerous platforms that skip this step if they believe they can make a big profit.

Theft of cryptocurrencies increased 516 percent from 2020 to $3.2 billion in value. DeFi methods were responsible for 72 percent of the stolen money.

Scam losses increased by 82 percent to $7.8 billion in cryptocurrency. A “rug pull,” a relatively new but very popular form of a scheme in which developers establish what look to be real cryptocurrency businesses before taking investors’ money and leaving, accounted for more than $2.8 billion of the total.

“Given the DeFi hype, users may have been more willing to use less secure platforms out of fear of missing out on potential advantages,” Grauer explained.