The Grammy winner is the latest celebrity to join forces with bitcoin, and she hopes to encourage other women to do the same. Mariah Carey is the latest celebrity to join the Bitcoin bandwagon. In a press statement issued on Tuesday, the five-time Grammy winner revealed her new cooperation with the platform Gemini. Mariah Carey announced the partnership on her Instagram also.

Gemini, which was created by wealthy entrepreneurs Cameron and Tyler Winklevoss, makes it simple to buy, sell, earn, and store bitcoin, ether, DeFi tokens, and over 50 other cryptocurrencies. Carey hopes that her high-profile collaboration with Gemini would encourage other females to learn more about cryptocurrencies. 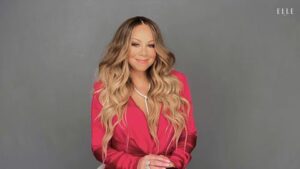 Carey’s agreement with Gemini means that a portion of trading costs will be donated to BlackGirlsCode when investors use the code [MARIAH] as a way to get more women interested. According to the press release, BlackGirlsCode is a non-profit organization that “introduces young women of color to skills in computer programming and technology.”

According to Gemini’s 2021 The State of U.S. Crypto Report, crypto investors have doubled in the last year. Women made up 53 percent of those who expressed interest in investing in the asset class, according to the report.

In a press statement, Tyler Winklevoss commented, “It’s nice to see Mariah and other celebrities discover bitcoin as an investment and inflation hedge.”

“Cryptocurrencies such as Bitcoin and ether were two of the best-performing investments of the previous decade.” Our goal at Gemini is to assist educate you on the potential of cryptocurrency and to make investing in this new asset class simple, accessible, and safe for you”.

Carey has joined the ranks of other well-known musicians who have expressed an interest in bitcoin. Celebrities such as Snoop Dogg and Mike Tyson have made bitcoin investments in the past. According to Coin Desk, Grammy-winning artist Nas expected a significant return on his 2013 investment in Coinbase after the business went public on NASDAQ in April.

Non-fungible tokens, or NFTs, are one of the most recent trends linking artists and cryptocurrencies. SZA, Shawn Mendes, and Grimes are among the artists who have invested.

According to Harper’s Bazaar, Eminem teamed up with Nifty Gateway (which was acquired by Gemini) to develop Shady Con NFTs, which offer collectibles such as original music, comic books, and video games. Shady Con grossed $1.8 million in ticket sales. Grimes’ WarNymph NFT artwork, on the other hand, was auctioned for a total of $6 million.

Carey’s track “Somewhat Loved (There You Go Breakin My Heart),” as well as her contribution to Jimmy Jam and Terry Lewis’ album Jam & Lewis, Vol. 1, has helped her achieve popularity in the music industry. Carey and The-Dream co-wrote the song, which reached number nine on Billboard’s Adult R&B chart, her 15th Top 10 on the chart, and her first since 2019.

The famed production duo has launched an Instagram initiative encouraging fans to submit footage for consideration in a unique fan-made music video.