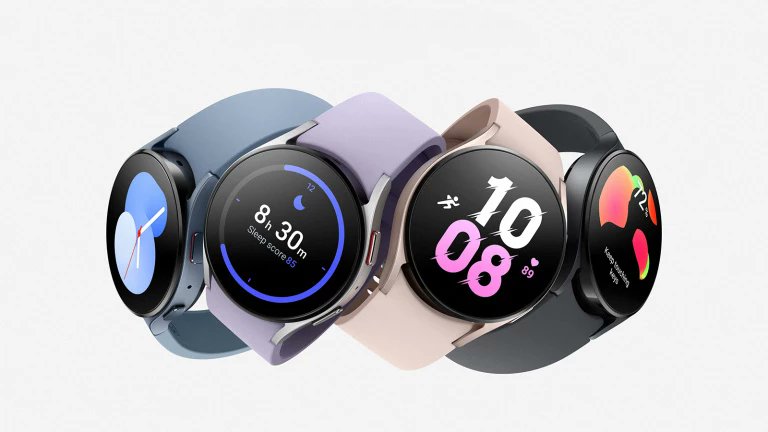 Samsung revealed its new foldable devices with premium accessories including the Galaxy Watch 5. Although this new product was launched for global markets and pricing was set for markets in the USA.

Although, the pricing for this Watch 5 wasn’t out for Indian markets until now when the Korean giant itself came up with pricing for their Galaxy foldable as well as its galaxy watch 5 through an in-person event held in Bengaluru, India.

During the event, Samsung only unveiled the price for its foldable and flippable smartphone but still, the pricing for its Galaxy Watch 5 wasn’t revealed until now when it got revealed with a host of features within Samsung’s platform.

The Korean giant revealed its Watch 5 series on different dial sizes including 40mm and 44mm which was only for the standard Watch 5 variant however for its bigger brother which is its elder variant, the Watch 5 Pro comes with only dial size which is 45mm.

Getting to the pricey side, this time Samsung has gone with a little more specific towards its’ pricing with where its standard variant which is the Galaxy Watch 5 coupled with Bluetooth support will be coming for a price tag of Rs. 27,999, however, if you have your eye on the new LTE variant then you can get this by adding little more budget to Rs. 32,999. You will be getting different color options here including Graphite, Silver, and Pink Gold too.

If you’re looking for a bigger dial size then there is another mid variant in 44mm size coming with Bluetooth connectivity, this smartwatch is priced for a tag of Rs. 30,999. There is also an LTE variant of this smartphone coming for the price of Rs. 35,999. Here you will get a Sapphire color option instead of Pink Gold.

If you want a Pro variant with little extra features then maybe you can have your eyes on this Watch 5 Pro smartwatch coming by Samsung. Here you only get a single size of 45mm which is again diversified into two different variants including a Bluetooth as well as an LTE variant too.

When will Samsung Galaxy Watch 5 come to India?

As per the latest report, the pre-booking for the Indian variant of the Watch 5 series will be starting on the 16th of August and it will be available for sale starting from the 26th of August.