ReNew is a Gurugram based Indian Renewable energy company currently working on 110 projects in different states in India. Early April, the company entered into global bonds with a total of $585 million bonds.

The complexity of the bonds is unusual, however adds advantage to the company. With a tenuer of 7.5 Years and interest rate, 4.5% year, ReNew targets on providing world-class quality 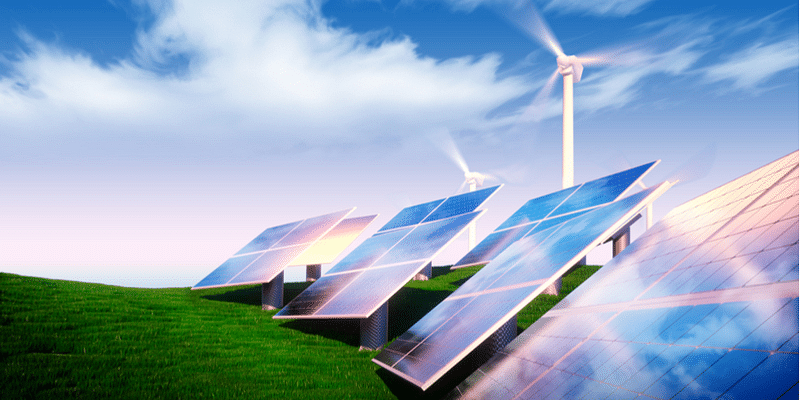 ReNew was successful all along

The founder of ReNew is Sumant Sinha, an IIMC alumna. He started the company in 2011, and the company recently came on the Nasdaq list. It is the first renewable energy Indian company to take the SPAC route and get into the global list.

Furthermore, the Nasdaq has the largest capitalism, and being listed in it is considered prestigious. Besides, the it would enhance the scope of funding for ReNew. The Special Person Acquisition Company (SPAC route) ensures that the company doesn’t go through traditional IPO route, eliminating the risks of going down because of funding later on. This enhanced the company’s position in Indian Market. A famous silicon valley investor, Chamanth Palihapitiya is alied with the company. However the existing CEO will have all the powers on ReNew.

The statement given by Simanth Sinha to the press, “The Indian renewable energy sector has grown rapidly over the last decade,”. He further added, “During this time, ReNew has been a driving force in making sure that the sources of this growth are sustainable, and also economically competitive. Over the next decade, ReNew plans to maintain its track record of market share growth, and contribution to the greening of the Indian power sector, and to help meet the Indian government’s ambitious renewable energy targets. Over time, we will expand our capabilities even further, with utility-scale battery storage, and customer focused intelligent energy solutions. ReNew’s vision is to enhance its position as a global leader in the clean energy space, to continue leading India’s ongoing clean energy transition, and to assist in deepening electrification and decarbonisation of the Indian economy.”

Being one of the largest global renewable erngy company, in 12th position doesn’t come by easy. The company builds it’s own solar projects from scratch, and distributes at different states in India. By the end of 2020, the company had the capacity of 10GW.

As per the information provided in their official site, the company provides individual solution as well as B2B solutions. They aim on providing world-class quality renewable erngy power to the country.

Their official statement on ReNew goals towards India as follows. “ReNew’s business model is reinforced by recent trends in the Indian power generation market. As well as the Indian government’s green energy targets over the next decade. India’s per capita electricity consumption is poised for rapid growth in the next decade. With approximately two-thirds of this incremental demand being met by power from renewable sources. At the same time, the Indian government’s ambitious target of 450 GW of installed renewables capacity by 2030. A 5x increase over current levels, indicates huge market potential,”.

However, the complexity of their current bonds has received substantial criticism. The future is either going to be top-edge or total fall off for ReNew.