India gets another proud moment to cherish. The start up in the biotech field incepted by a student gets a back-up of a $ 10 million from United Arab Emirates. To get into the details; let’s get started.

The company was started in 2016 that was incepted with a purpose to focus on research in energy & food crisis. The prime technology used by them was of micro-algae. It has an excellent collaboration with Indian Council Of Agriculture and Research -CIFT Cochin, India.

Their production consists of sea weed product range and other FMCG products that bring & cater to complete family care.

Their sea-weed products are first in the entire nation. They currently cater to shipments from national & international destinations. 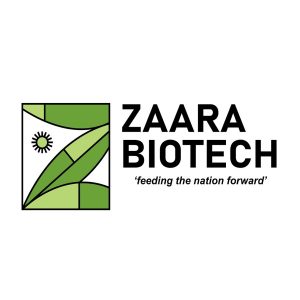 HOW DID IT ALL STARTED??

It’s rightly said; thinking is only useful when you have the guts to bring that idea to ground.

Zaara was brought to grounds by Najeeb Bin Haneef.The company was initially an idea of Kerala student’s mind. Eventually; they participated in the scheme of Kerala Startup Mission known as Innovation & Entrepreneurship Development Centre (IEDC). This led them to get such a huge funding of $ 10 million.

The official MoU was signed by the founder Najeeb Bin Haneef and Managing Director of TCN International Commerce on Saturday making it all concrete.

WHAT IS TCN INTERNATIONAL COMMERCE??

TCN International Commerce is a major UAE company that deals with multiple sectors such as information technology, FMCG, Engineering that places everything in sync with industrial development. It has association with great brands like Bosch, Apple, Cisco, Panasonic, TCN Clients, HP. They handle a permanent customer base of more than 16000 customers.

India is seeing a new phase where it has given rise to a range of start-ups. There has been a lot of confidence & money invested in them both nationally & internationally. This is an optimistic sign that we can make people understand that our skills & business aptitude is not less than any other nation.

Zaara has been an exemplified case. From an idea to a major bio tech player; its an inspiration to a lot others that are still budding and want to enter the main market.

But we need to focus on the other side also.

Foreign investments at a large pace would enhance everything but the control should never leave the domestic waters. A huge amount brings in itself an expectation to hold a specified position thereby gaining an advantage. So; a careful stake needs to maintained.

The vision should be kept intact which is to prioritise health over everything else; fight with malnutrition & the greater cause of global hunger. The ingredients should promote nutritional value at its fullest and at the affordable prices. Feeding the nation should be the prime most motive.