The Strategic Path Of Indra Nooyi From Being A Newbie Of Corporate World To Leading PepsiCo Globally !! 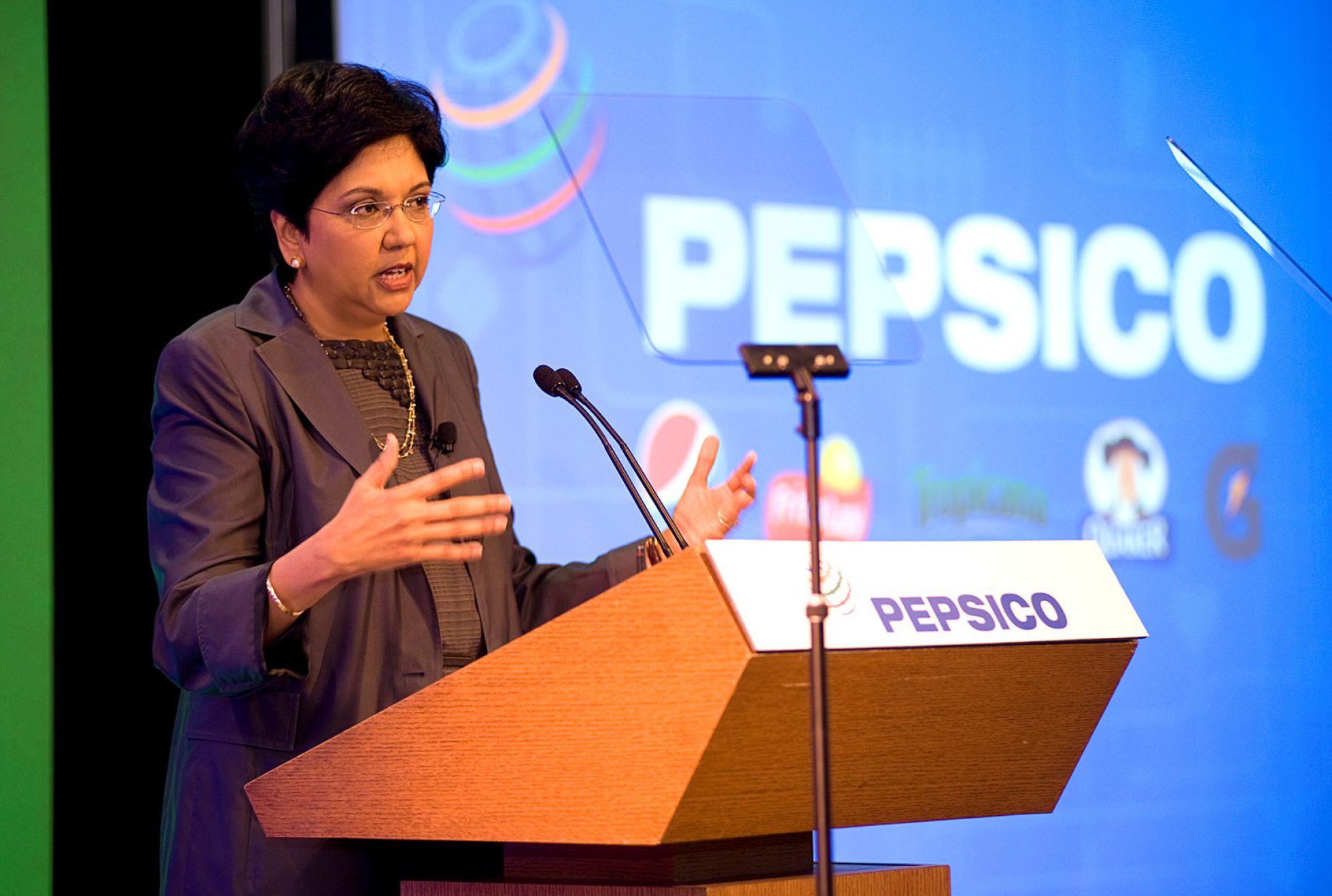 “As a leader, I am tough on myself and I raise the standard for everybody; however, I am very caring because I want people to excel at what they are doing so that they can aspire to be me in the future.”

Born  on 28th October 1955, Indra Krishnamurthi Nooyi , an Indian born American executive, currently holding the position of the Chairperson and the CEO of PepsiCo, has added an utmost grandness to the day. Leading the squad of Women Executives, Nooyi is one of the finest leaders and managers the corporate world has experienced up till now.

Recollecting the past via Nooyi’s Eyes

Mrs. Indra Nooyi was born in a conservative Tamil middle class family. Her father, Mr. Krishnamurthi was a bank official and her mother, Mrs. Shanta Krishnamurthi was a housewife. They sowed the seed of determination and perseverance in Indra and what we see today is a tree with the firmest and hardest trunk. Mr. Krishnamurthi paved way to her dreams and Mrs. Krishnamurthi stretched her mind by playing games which compelled Indra to expand her reach and desire for success.

The time when women suffered the problems of inequality by the society, Mr. and Mrs. Krishnamurthi did everything they could to assist her daughter achieve her dreams.That is how Indra picked up her motto-

Nooyi did her major in Chemistry from Madras Christian College graduating in the year 1976 with a Bachelor degree. She put her footsteps in the Business Management world when she was asked to do advertising for a Campus Newspaper.

She went on to pursue her Masters in the Business Administration from Indian Institute of Calcutta, one of just two business schools then, and received her degree in 1976. Her first job was in Mettur Beardsell and soon she shifted to Johnson & Johnson, an American MNC, fulfilling the post of Product Manager.

The job at Johnson & Johnson came along with a few challenges which Nooyi dealt with ease.She was given the task of managing the introduction of Stayfree sanitary napkins to India, at the time when advertising for the product was banned in the country. Nooyi handled the restrictions by marketing the product to young women directly, at schools and colleges. But the job made her realize that she was not yet prepared for the business world and needed some more guidance.

Then is when she moved to USA and pursued a Master’s degree in Public and Private Management from Yale University of Management.She completed her degree in the year 1980 and joined the Boston Consulting Group as a director of international corporate strategy projects.After working with a few more companies like Motorola and Asea Brown Boveri, improving and fixing her position the corporate world, Nooyi was offered a job as a senior Vice President of corporate strategy and development in the year 1994.

“Leadership is hard to define and good leadership even harder. But if you can get people to follow you to the ends of the earth, you are a great leader”

Indra Nooyi has played a very crucial role in the expansion and the operation of PepsiCo. During the time when she joined the company,PepsiCo owned KFC, Pizza Hut, and Taco Bell restaurant chains. Nooyi played a pivotal part in getting these restaurants divested in 1997. This resulted in the creation of Tricon Global Restaurants Inc., now renamed as Yum! Brands Inc., which is in the present time, one of the world’s largest fast food restaurant companies.

Keeping in mind the changing preferences of the consumers, Nooyi directed PepsiCo to expand its operations into more healthful snacks. This led to the acquisition of Tropicana and the merger with Quaker Oats Company

She is credited to have strategising the company’s global actions and bringing a revolution to the company.

Some Interesting Facts About Indra Nooyi