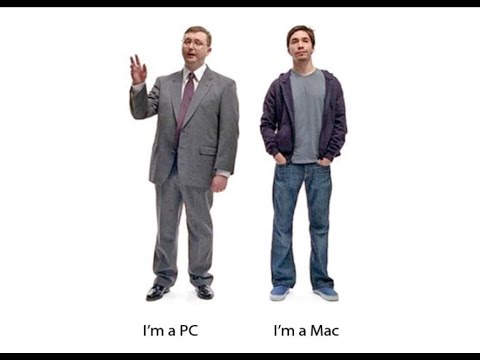 Intel is bringing back the Mac V/s PC advertisements from the year 2000 and has reportedly hired actor Justin Long for the same. Long is the same actor that Apple hired as the ‘I’m a Mac’ guy and Intel is using him to praise Windows PCs in new commercials.

The competition between Apple’s MacBook devices and Microsoft’s Windows devices has been growing with time but this move by Intel from the era of 2000s can be something to laugh at. In every commercial, there is a typical white background that was used in the early day’s Mac V/s PCs advertisements and Justin Long goes like “Hello I’m a ….Justin” to tease its viewers.

This mention sounds hilarious because back in the day, Long always used to say “Hello I’m a Mac” and now it is here praising Windows PCs. According to a report by The Verge, this series of advertisements also focus on the early day’s Mac V/s PC commercials with Justin Long praising PCs instead of being the “I’m a Mac” guy.

The report mentions that these advertisements by Intel openly mock Apple’s Touch Bar which is actually pretty much useless, Apple’s choices of grey shade MacBooks instead of colourful ones like the wide variety in PCs. Another mockery was made out of the M1 chip’s lack of multiple monitor support which is very useful for someone who uses more than one screen.

Another point that Intel advertisements portray is that no one actually uses a MacBook for gaming and PCs are the go-to for whoever enjoys gaming every now and then. As mentioned in a report by The Verge, the hiring of Justin Long by Intel comes right after Apple reportedly hired actor John Hodgeman, the PC person from Apple’s I’m a Mac and I’m a PC ad campaign back in the day.

Well, this time, Apple did not push buttons with Intel and PC but the opposite party sure converted this deal into a full-fledged commercial series. As we are of Apple’s entry into the MacBook Silicon world with the company’s own M1 chips which is one of the most powerful and efficient chips ever made for any Apple device, it directly rivals Intel in this segment.

On the other hand, Intel has got a powerful new competitor and Pat Gelsinger has reportedly mentioned in a statement that it has to beat Apple in the future.

The rivalry will continue but unlike before, now Apple and Windows are two completely different devices with different features, usages and even chipsets.

What do you prefer? Apple MacBook with M1 chip or Windows PC with Intel Chipset inside?