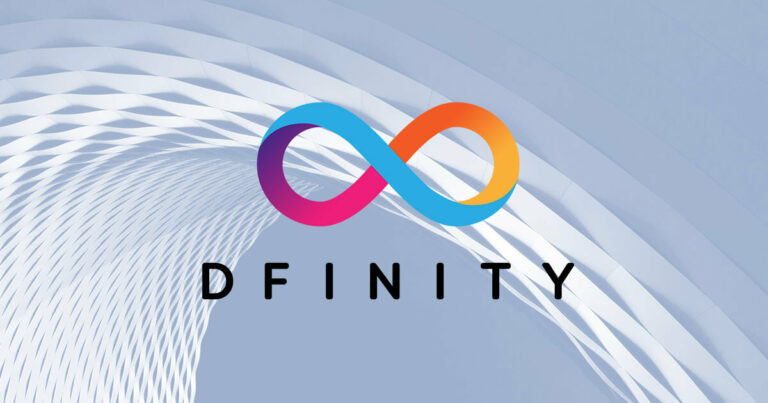 Internet Computer: Everything you need to know

Cryptocurrency or as commonly referred to as crypto is one such industry that has been constantly booming over the past couple of years and has been able to make a name for itself on a global level. Crypto is an industry that has attracted several potential investors and people with celebrity statuses to invest in virtual currencies, like Tesla’s CEO, Elon Musk.

Having said that, I believe that, most of you present here today are already aware of the basics of the industry but if for some reason you are still not familiar with the whole concept of digital currencies, Let’s start with that first.

The cryptocurrency industry has had a rapid increase in growth and popularity over recent years and is continuing to do so. In technical terminology, crypto is nothing but a decentralized blockchain-based platform that can be used for various purposes including the purchase and sale of goods and services as well as for trading virtual currencies over crypto exchanges online.

In addition to this, being decentralized refers to the fact that the entire industry is built such that it can work outside the overall control and jurisdiction of central authorities and can work independently and freely without any unnecessary government interference. On the other hand, some of you might be wondering, why is blockchain technology useful? Allow me a chance to explain.

Blockchain is a commonly known technology especially in the crypto world and is necessary for the basic operations of the platform. Not just that, blockchain technology is also used for the purpose of recording and verifying each and every transaction that happens over the network, thus completely removing the risk of counterfeiting and double-spending.

Apart from this, some other reasons for this extraordinary growth of the industry include its portability, the convenience it offers to the users, ease of use, high-profit margins as well as its uncertain and volatile nature. It is worth noting that, volatile nature of the industry refers to the fact that, the price fluctuations in the marketplace are almost instant, which makes it very difficult to predict, even for experts on the field, thus increasing the risks even further.

Also, remember that crypto is one such industry that provides you with a way to earn profits and become much richer overnight but the thing is, if not done right, you could also end up having significantly huge losses as well. So, it is important for you to be vigilant while investing in virtual currencies.

Unlike when the industry was first introduced, today, there are various cryptocurrencies to choose from in the marketplace and some of the most popular ones that you can invest in right now include EverGrow, Cardano, Binance Coin, Bitcoin, Ethereum, Baby Doge as well as Dogecoin to name just a few of course.

Now that you have a brief backstory about the crypto world, I sincerely believe that you will be able to have a much better understanding of what we have with us today, Internet Computer. To know more, I suggest you read further!

Everything to know about Internet Computer (ICP)

The Internet computer or as commonly referred to as ICP is nothing but the world’s very first blockchain that is capable of running at web speed with unbounded capacity. The network is said to be focused on helping developers create internet services, websites, applications for decentralized finance (DeFi) as well as enterprise IT systems by simply installing their code onto the public internet directly.

Before moving on any further, it is worth mentioning that, ICP is known to be the native utility token of the platform, which can be used for a variety of purposes on the platform itself like allowing users to govern and participate in the Internet computer blockchain network. ICP is also capable of being converted into cycles, which can then be used in order to power computation of decentralized applications (DApps) as well as traditional applications.

The said cryptocurrency was developed by the Dfinity Foundation about five years ago, back in October 2016, and is backed by two well-regarded firms in venture capital, Polychain Capital as well as Andreesen Horowitz. Other than this, the basic idea of cryptocurrency is that it can be used as a way of re-creating the web in an even more decentralized form. Internet Computer is faster than Ether and is also capable of increasing its capacity with demand.

As mentioned previously, Internet Computer is one such platform that is said to run on its very own proprietary protocol known as the Internet Computer Protocol, allowing anyone to create and publish content on the internet independently without any help from Facebook and Google for instance. Also, the company publicly claims to provide a hackproof platform and that too at dramatically low costs with interoperability.

In addition to this, Internet Computer represents the third major blockchain-based innovation, alongside Ethereum as well as Bitcoin. The said platform is seen as a blockchain computer that scales computation for smart contracts and data, while running them at web speeds, storing and processing data efficiently as well as providing much powerful software frameworks to developers.

By doing this, the platform allows the complete reimagination of software, thus providing a revolutionary new way of building pan-industry platforms, tokenized internet services, traditional enterprise websites, and systems as well as decentralized financial systems. After its launch back in 2016, the platform managed to attract notable interest from the crypto community.

DFINITY that we talked about earlier, raised a total of about 121 million dollars from contributors including SV Angel, Electric Capital, Polychain Capital, Andreessen Horowitz, Aspect Ventures, Multicoin Capital, as well as Scalar capital to name a few. In 2018 alone, nearly 50,000 participants registered on the network received ICP tokens in an airdrop, and on December 18, 2020, DFINITY officially released the alpha mainnet of the Internet Computer.

What makes the Internet Computer special?

The basic purpose of the platform is to extend the public internet in order to be the world’s computer platform. As of today, the internet is nothing but a network connecting everything and everyone but still, all the services and systems run from private technology. This is where the Internet Computer comes into the picture. One of the biggest scientific breakthroughs behind the said platform is Chain Key technology, which is known to encompass several advanced technologies including Non-Interactive Distributed Key Generation (NI-DKG), novel Consensus, Network Nervous System (NNS), as well as internet Identity.

Furthermore, Chain Key Technology comprises of a set of cryptographic protocols that will help in orchestrating the nodes that make up the Internet Computer. Not just that, this breakthrough helps the platform is having a single public key and is of huge advantage as it allows any device no matter if it is a smartphone or even a smartwatch to verify the authenticity of artifacts from the Internet Computer, unlike traditional blockchains.

Other than this, it is worth emphasizing on the fact that, the Chain Key technology is basically the engine that drives the Internet computer while helping it in all its operations. Basically, it enables scaling of the network indefinitely by allowing the addition of new nodes in order to form new subsets, thus replacing crashed or faulty nodes with newer ones, that too without even having to stop. To revive subnets and upgrade the Internet Computer Protocol effortlessly, even though too many nodes have failed, it allows the network to add more features along with fixing the existing bugs.

Also, the research and development team at DFINITY has invented a completely new key sharing protocol that is noninteractive in nature. With the help of this, all the old signers just have to broadcast a single message to the newer ones. In order to do this securely and efficiently, several concepts of advanced cryptography are utilized including non-interactive zero-knowledge proofs as well as forward secrecy. Lastly. Being interactive, the way in which the key resharing protocol functions is just about ideal for an asynchronous environment while benefiting from key preservation.

Now that we have talked much about Internet Computer, some of you must be wondering, whether or not it is a good idea to invest in the platform? if that’s the case, then let’s find out, shall we?

As of today, the price of an Internet Computer is about 49.36 US dollars with a twenty-four-hour trading volume of 436,671,499 dollars. Not just that, in just the past twenty-four hours, the value of the Internet Computer has gone up by 1.46 percent, and with the current market cap of 8,654,113,505 US dollars, ICP is currently placed at 25th position as per the CoinMarketCap rankings.

Also, it is worth mentioning that, the current circulating supply of Internet Computer is nearly 175,313,705 ICP coins but unfortunately, the maximum lifetime supply of the token is not yet available. In just the past week alone, the price of Internet Computers has gone uphill by 13.29 percent.

Reading so far, you must have gotten a fair understanding of the platform and by now, you should be able to figure out on your own whether or not investing in Internet Computers is the right thing for you to do. Seeing what it has to offer when combined with its performance in the recent past as well as its plans for the near future, I certainly believe that Internet Computer can prove to be a profitable investment in the near future, which is likely to provide you with good returns and it is a possibility that your current investment may increase in value. But again, nothing can be said for sure!

As mentioned at the very beginning, crypto is a highly volatile marketplace and is extremely uncertain. Thus, It is very important for you to understand the fact that, just like any other currency in the crypto marketplace, Internet Computer does have its own risks as well and you should invest only if you are willing to take those risks and bear any and all losses if at all necessary.

If you are wondering, where can you buy Internet Computer? Let me help you with that. Currently, Internet Computer is available on all major crypto exchanges but, some of the popular exchanges that have ICP listed on them include Binance, Huobi Global, ZBG, Mandala Exchange as well as OKEx to name a few.

In conclusion, what are your thoughts on Internet Computer? Do let us know in the comments below. To know more about various cryptocurrencies, do check out other articles we have on our website. Thank you for your time & if you found our content informative, do share it with your investor friends!

Also read: IoTeX: Everything you need to know