‘Into the Radius’: One of the First VR Games to Support DLSS

The Stalker-inspired survival shooter game, Into the Radius VR, is among the first games to support Deep Learning Supersampling (DLSS). 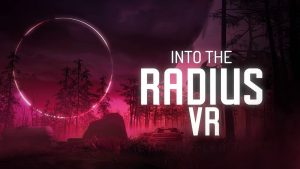 DLSS is a technology that created a remarkable wave of awe and fascination with its amazing features. The spectacular results rendered by the technology were praised by a lot of leading names like Forbes and many others. It was even referred to as “AI-powered upscaling wizardry” by Rock Paper Shotgun.

DLSS is a technology that uses artificial intelligence which uses Tensor Core AI processors on  GeForce RTX GPUs to increase the performance of the graphics. DLSS generates beautiful and sharp game images by channeling the power of deep learning neural networks which in turn boosts the frame rates.

What made DLSS special was its ultra-high resolutions and ray tracing which was made possible by the advanced AI rendering. The splendidly sharp details and stability were much appreciated by the users.

The improved performance and the ability to maximize graphics and resolutions even up to 8K are the other notable features that were made possible by the AI rendering.

The DLSS 2.1 update with VR headsets was released six months before with improved and more advanced features. Post the update, CM Games came forth extending support to the technology, thereby becoming the first one to do so.

Into the Radius, however, is not the absolute first VR-supported game to include DLSS technology rather it is among the first ones. War Thunder (2013), the battle simulator game, enabled DLSS just two months after the release of DLSS 2.1 with VR headsets. However, it was reported that, while playing the game in virtual reality, users experienced mixed and rather different results.

War Thunder had also released a side-by-side comparison to depict how the game looks with DLSS toggled on and off.

NVIDIA expects more PC VR games to support DLSS. However, the lack of 30-series cards and 20-series cards worldwide might pose a roadblock.