IPL 2021: Top 10 Players who earned most from Indian Premier League

There is no doubt that the IPL or Indian Premier League is a money making machine. A huge sum of money is involved in IPL, and both players and franchises get benefitted from it.

However, in this article, I am going to talk about the top 10 players who earned the most from IPL in history.

This info will surely come in handy if you are planning to get involved in IPL betting on websites like Parimatch and others. 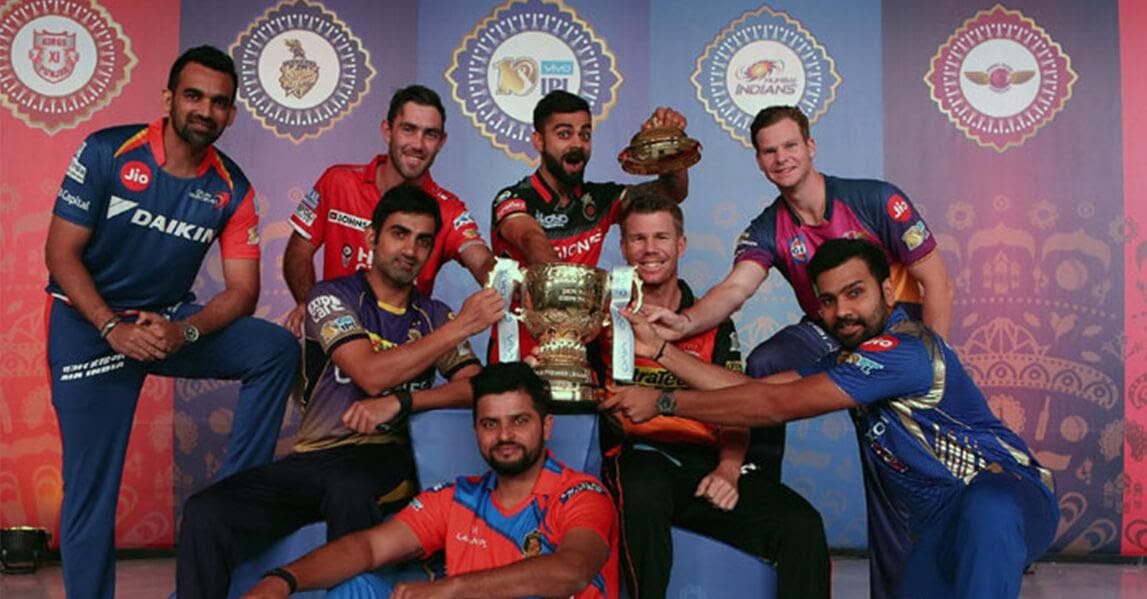 Anyway, let’s just head into the topic without wasting much of the time:

Mahendra Singh Dhoni or MS Dhoni, is the most celebrated cricketer out there. He has been the former captain of the Indian cricket team. And he was bought by Chennai Super Kings in 2008 for INR 11 crores. Also, he got the same amount for the next three years. However, if you ask me about the total, he earned over INR 137 Crores in the last 13 seasons of IPL.

After MS Dhoni, Rohit Sharma is the player who earned the most in IPL. He was purchased at the cost of INR 3 Crores by SunRisers Hyderabad in the first edition of IPL. But if you ask for the total sum, then the estimate says that Rohit Sharma has earned INR. 131 Crores since 2008 till now.

Virat Kohli is also one of the most popular cricketers. He is also the Indian cricket team and Royal Challengers Bangalore’s captain. However, he was bought by the team for Rs. 12 Lakhs only, and he got the same amount for the next two years. However, so far, he has made more than INR 128 crores from IPL.

Suresh Raina was the former all-rounder who is also known as the most enthusiastic cricketer. The player was bought by Chennai Super Kings in 2008 for INR 2.6 Crores. And he earned the same amount until the end of the third IPL season. However, so far, he has made more than INR 98 Crores from the Indian Premier League.

Gautam Gambhir is also one of the best players of Indian Cricket. He was also the former captain of the Kolkata Knight Riders franchise. However, in the first season, he was bought for 2.9 crores by Delhi Daredevils. And later, KKR bought him for INR 11 Crore. However, the total money he made is about INR 95 Crores in 11 IPL seasons.

AB De Villiers is the African Cricket Player who is the most celebrated foreign player in India. AB has been playing IPL since the first. Also, he was bought by He Delhi Daredevils in the first three editions, and the franchise paid him the sum of INR 3.9 Crores each year. Then he went to Royal Challengers Bangalore in 2011 at a price of INR 5 Crores. Overall, if you look at the total, AB De Villiers made INR 92 Crores from the Indian Premier League. And the total may increase more with IPL 2021.

Yubraj Singh is also one of the well known players of the Indian cricket team. His cricket playing skills made his name extremely popular. And he started his IPL cricket journey with Kings XI Punjab, where he was bought for INR 4.25 Crore. Then in 2011, Pune Warriors India purchased him for INR 8.28 Crores. And if you look at the total sum, Yuvraj’s net earnings for IPL goes up to INR 84 Crores.

Sunil Narine started his IPL cricket journey with IPL 2012 season after he delivered a great performance in the Caribbean Premier League. The Kolkata Knight Rider got the spinner for INR 3.5 Crores. And then he got INR 3.7 Crores next year. Over the years, his salary also hyped up, and the total money Sunil Narine earned from the Indian Premier League go up to INR 83 Crores.

Next, there is Shane Watson – Australian All rounder player. He started playing IPL for the Rajasthan Royals. And in the first season, he was bought at INR 54 Lakhs and charged INR 61 Lakhs and INR 57 Lakhs in the following years. Also, he got INR 6 Crores in 2011. Overall, he made an earning total of INR 77 Crores.

In the end, there is Robin Uthappa. He started playing IPL with Mumbai Indians, where he was bought for INR 3.8 Crores. Then he got traded to Royal Challengers Bangalore, and he represented them for two years for his first IPL bid. However, if you ask me the total, Robin Uthappa made over INR 75 Crores in the last 13 years.