Iranian Central Bank, Ministry of Industry to Allow Crypto Payments for Foreign Trade Settlements. Iran’s Central Bank and Trade Ministry have reached an agreement that will allow local merchants to use cryptocurrency to facilitate international trade. 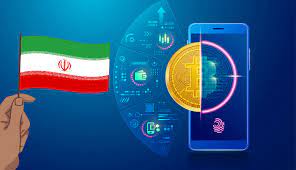 The deal comes as Iran seeks to circumvent US economic sanctions relating to Iran’s nuclear program. According to reports, a system will be put in place that would allow local merchants to use Bitcoin to settle payments with overseas partners.

Iran is said to be working to make it easier for importers and exporters to use cryptocurrency in international transactions. According to the Mehr News Agency, the Central Bank of Iran (CBI) and the Ministry of Trading have struck an agreement to link the CBI’s payment platform to a trading system that will allow enterprises to settle payments using cryptocurrency.

The new payment system is likely to be finished “within the next two weeks,” according to Alireza Peyman-Pak, Iran’s deputy minister of industry, mine, and trade and head of Iran’s Trade Promotion Organization, or TPO.

“We’re working on a system-operations method right now.” This should open up new potential for importers and exporters to use cryptocurrency in international transactions, according to Peyman-Pak.

He went on to say that the government should not overlook the crypto industry’s economic and business prospects, pointing to prominent private cryptocurrencies like Bitcoin (BTC).

The CBI did not respond to a request for comment right away. The crypto business has been associated with some level of uncertainty, with Iran’s leading blockchain organization expressing concerns about crypto legislation being enforced in late 2021. The Iranian authorities have also been shutting down local Bitcoin miners on a regular basis, claiming temperature extremes as an excuse.

Also read: Coinbase to Close for Nearly Four Weeks in 2022 to Allow Workers to Recharge