Coinbase, the world’s largest cryptocurrency exchange, will give its staff a week off every quarter in 2022 to recharge after “hard days and long weeks” of rigorous work.

Coinbase will give its staff a week off 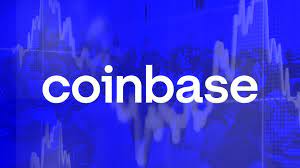 Coinbase’s chief people officer, LJ Brock, announced in a blog post on Monday that “nearly the whole firm will shut down” for four weeks this year as part of an experiment to allow workers to rest after finishing hard workloads. Employees at the exchange, according to Brock, are not always confined to 40-hour workweeks and may be required to “pivot in a flash,” potentially resulting in burnout.

“By 2020, we noticed that many employees were not taking enough time off to recharge, either because they didn’t want to inconvenience their coworkers or because they didn’t want to be late for work,” Brock explained. “We realized it couldn’t go on like this, so we planned a recharge week at the end of 2020 and two recharge weeks in 2021, during which practically the entire firm would shut down.” […] Refill weeks of work, according to post-employee questionnaires.

Coinbase added:
“Four weeks of coordinated recharge time may sound like a lot of free time for a hyper-growing company, but given the intensity of our work throughout the year, we believe it is the best way to ensure that our pace is sustainable in the long term.”

Coinbase amended its policy at the onset of the epidemic to allow workers to work remotely from their homes, and CEO Brian Armstrong said the company will continue to do so after the “quarantine constraints” were lifted. The Bitcoin exchange announced in May that it will be shutting down permanently.

Despite not being situated in the United States, Binance, a major crypto exchange, has taken a similar stance on having actual offices. The exchange does not have a formal headquarters, although its holding company is based in the Cayman Islands and has previously worked in China, Japan, Malta, and Seychelles. Binance’s CEO, Changpeng Zhao, or CZ, is said to be based in Singapore, and the company’s workers are dispersed around the globe.