Is Apple’s decision to allow in-app purchases a win for crypto?

Apple enforced this by requiring in-game transactions to be made through the App Store rather than through the game’s payment system. For example, if you wanted to buy a character skin in Fortnite for mobile, you’d have to use the store’s associated payment system. 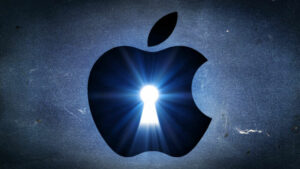 Epic opted to get around this by embedding a payment method in the mobile version of Fortnite that was not tied to the App Store, allowing them to keep 100% of the money from in-game item sales. In retaliation, Apple completely removed Fortnite from the App Store.

Given Apple’s monopolistic position in the phone and mobile application markets, Epic felt this to be excessively monopolistic behavior. While not necessarily monopolistic, the judge recognized that it was anti-competitive activity. Apple was then barred from requiring developers to utilize the App Store’s payment mechanism in the future, enabling them to use any payment system they want.

However, this could have ramifications beyond Epic receiving 100% of Fortnite skin sales. Epic Games is currently embroiled in a similar legal battle with Google, which controls the vast majority of the Android software and app industry. Google charges the same commission as Apple, and now that a legal precedent has been established, the ruling, in this case, is likely to be similar.

If both Apple and Google are barred from enforcing how payments function in apps on their respective stores, developers will be free to include any type of call-to-action or payment system they choose in their apps. Previously, app payments had to be sent in fiat currency because they had to go through Apple’s system, but now developers can use Bitcoin instead.

Spotify, which has been a vocal critic of Apple’s App Store and filed a complaint with the European Union’s antitrust enforcement commission, said it was pleased with the part of the ruling that said Apple’s conduct was anti-competitive and barred its anti-steering rule, and hoped it would lead to more similar decisions.

In a statement, Spotify’s head of global affairs and chief legal officer Horacio Gutierrez said, “This and other developments around the world show that there is a strong need and momentum for legislation to address these and many other unfair practices, which are designed to hurt competition and consumers.”