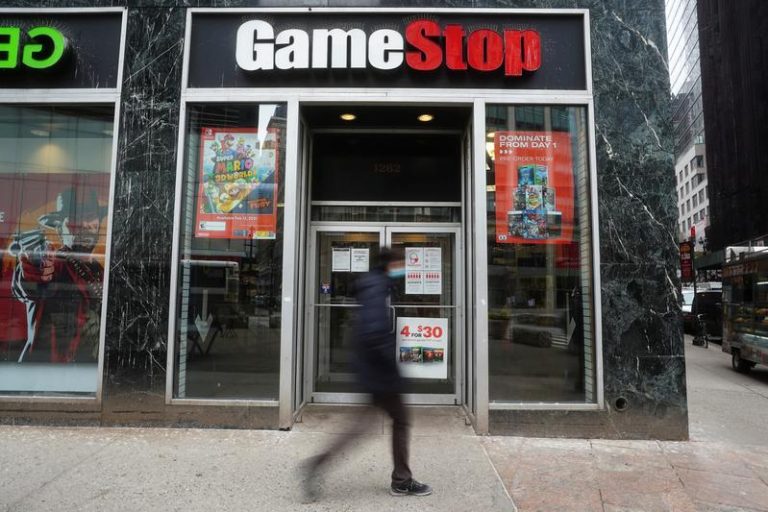 Is GameStop stock having a comeback?

The shares of GameStop (GME) rose 10% to $191.18 on Tuesday. It was the highest closing price since July 9. According to Dow Jones Market Data, GameStop’s stock is still down 10.7% month to date in July.

Why is GameStop so volatile?

GameStop is a big meme stock, which means that its daily price fluctuations are frequently unexpected, due to variables such as social media buzz, options and momentum trading oddities, and short seller activity. Several analysts have withdrawn their coverage of GameStop, claiming that the company no longer trades on fundamentals.

Each of the stocks has generated a lot of buzz on the internet. The most prominent is, of course, GameStop, which was probably the first company that traders on the WallStreetBets forum rallied behind early this year, igniting the current craze.

Why is GameStop seeing a surge?

The high performance was not due to any company-specific news. However, they’ve all been labelled as “meme stocks,” which have a devoted following among retail investors and are known for their high volatility when there’s good news, bad news, or no news at all.

Short-selling data provider S3 Partners managing director Ihor Dusaniwsky told Barron’s that for GameStop, he estimates around 7.9 million shares shorted, or 14 percent of shares available for trade, down by about a million shares in the past week. Short sellers lost $139.8 million on Tuesday, increasing their year-to-date losses to $6.32 billion, according to those figures.

Chairman Ryan Cohen uploaded a selfie of himself with chopsticks in his nose with the message “PG-13” late Monday night. For months, Reddit users have speculated wildly based on every emoji, GIF, and photo published on Twitter by the Chewy co-founder. You can check the replies for the confirmation.

It’s anyone’s guess what the meme stocks will do next. For months, Wall Street experts have predicted a crash, but meme stocks have held up, albeit with a lot of volatility. Companies will eventually have to justify their high values by putting their capital to work. Just not yet, it appears.

When it comes to meme stocks, especially the king of them all, GME, caution is still required. To confirm, the extremely quick reversal from Monday’s high of $179 must be broken, and GME must then trade above the 9-day moving average. The Moving Average Convergence Divergence (MACD) is remains negative, indicating that care is required.