As the discussion around Pegasus rages, the question remains as to what it means for India.

Pegasus spyware has been a raging topic of discussion for the past few days. As new names and information concerning the spyware surface, the level of apprehension is also touching the high point. Particularly for India, where dissent and criticism are often taken as acts of sedition, the damage that can be wreaked by spyware like Pegasus is alarming. Add to this the rather confusing stance that the government is adopting. The fact that it has neither accepted nor denied the use of Pegasus exacerbates the issue at hand. Even to the point of posing questions to the whole framework of the country. 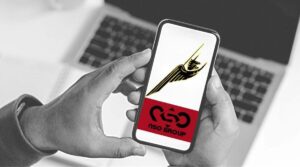 The Art Of Dodging Critical Questions

India is not a country that is new to intercepted messages or tapping calls. If we take the political history of the country, quite interesting details will emerge concerning the intrusions of privacy often made to curb political competition and powerplay. Diving into that topic will definitely open a can of worms. However, the issue at hand right now is all the more critical than before. Particularly because the government is stammering and stuttering when asked for a yes or no. They are brilliantly evading the question with diplomatic retorts. And still, we do not have a clear answer to whether the Indian government has used the Pegasus spyware against its citizens. 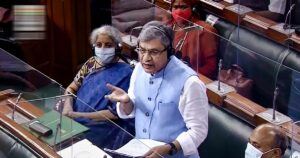 And the very simple reason that is staring at our faces is the fact that the Indian Government is happily playing dodge ball when asked whether it has used the Pegasus Spyware. Which makes one wonder if a yes or no answer is just too difficult for the otherwise eloquent Indian Government. Diplomacy is good. But not when the whole nation is on the verge of a privacy violation that can prove to be quite dangerous.

What does It Mean For India?

India is always celebrated as the world’s biggest democracy. And our constitution does guarantee freedom of expression. But in the present context, how far that promise of freedom goes is an important question to be addressed. We are living in a situation where any act of dissent is magnified to such an extent that it is often viewed as an act of sedition. Adding a spyware like Pegasus to that already flawed picture will only bring about more complications.

First and foremost, it is a moral stain on the face of the country. And half-cooked reasons like surveillance for the purpose of ensuring safety and avoiding conspiracy will not be enough. Because most often, such reasons fail to see the line of distinction between privacy and secrecy. Privacy is not a crime. And that is something to be accepted by the government. The Pegasus spyware also poses challenges to the whole idea of voice and agency, both of which are violated when our thoughts are under the eye capable of distorting and manipulating them. This fact is made clear by the fact that most of the targets of the malware include journalists and activists. Is that a coincidence or a well-thought-out ploy? The question still remains. If the explanations concerning the Pegasus issue remain to be hazy and the government fails to give a yes or no answer, the citizens will be faced with the same dilemma. Answering the question of whether we live in a democracy will hang between a yes or no. Here are some responses from Twitter concerning the Pegasus issue.

Is any mainstream media house in India going to carry the #pegasus story? It is supposed to be the world's largest democracy!

It is quite clear that Pegasus Spyware is a commercial company which works on paid contracts. So the inevitable question arises on who paid them for the Indian "operation". If it is not Govt of India, then who? It is the Modi government's duty to tell the people of India

This is the 'elite' company of autocrats & murderous regimes that Snooping experts Modi & Shah have made India join.

How extensively was Pegasus spyware used in the world’s largest democracy? We found forensic evidence that it was active on Indian phones as recently as *last week*. Read more here and below… 1/ https://t.co/E7YPJ6MA24

#pegasus 🧵
There is nothing shocking or surprising about governments spying using Pegasus. We've known about Pegasus since at least 2016. First known use in India that we know about was in Bhima Koregaon spying, allegedly by Indian govt.  A few points for your consideration:
1/

Now that task below will definitely take some work.

Somebody tell her that India is not a Monarchy and Modi is not a King.

Phones of then-Congress President, sitting Election Commissioner, a woman who accused Chief Justice of India of sexual harrasment, amongst others were illegally surveilled by the Govt of India.

A single day that Modi continues in office as PM is a mockery of democracy.#Pegasus

Talk about happy coincidences!! This is the part where you shrug in disdain.

I never thought I’d write the following : India’s IT Minister revealed to be on Pegasus list of surveillance targets on day he denied the charge of unauthorised surveillance.

Wrapping up, the matter at hand is grave. It is challenging the integrity of a country’s democratic institutions. What is ironic is the fact that this same country is celebrated for being the world’s largest democracy. If the disparities aren’t yet clear, then it’s time we get a reality check.