Is Income Tax inversely proportional for the rich? An investigative report by Pro Publica reveals that about 25 of the wealthiest people in the world pays minimal rates in terms of income tax.

The world is never short of ironies that sometimes border on hypocrisy. There is a saying that the design of the world is in such a way that the rich keep getting richer, and the poor, poorer, or worse. And the latest news doing rounds on social media corroborates the same underscoring the unfair machinery of the world that shields a few and shadows the rest. 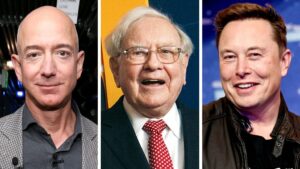 An investigative report by Pro Publica has brewed quite a storm with the news that about 25 of the wealthiest individuals get away by paying just a tiny fraction of the income tax rates in comparison to an average middle-class family. The list includes famous names like Jeff Bezos, Warren Buffett, and Elon Musk.

The Why and How of this Anomaly.

Despite being the richest in the world, why do these individuals pay such frugal amounts of tax? Someone with a good sense of humor might opine that this disparity is a good study of irony. However, someone with a sense of justice might say that the system is pretty rigged with loopholes big enough for such massive amounts to drain through.

Although the case at hand might seem like a riddle, the answer is simple. The primary basis of their wealth is real estate and stock. And these two are not taxable. Because sale is a prerequisite for the same. Another reason is the absence of dividends, and supposedly philanthropy. If the Pro Publica reports are to be believed, then brace yourselves for a chill down your spine. As per the reports, despite a total rise in wealth amounting to a whopping $401 billion, over the years, these individuals paid a meager total of $13.6 billion.

If the unfairness is still not evident, then place this picture against a normal family struggling with taxes. And these families still pay more than 20% while people with more zeroes in their bank accounts pay just 0-1%.

Too many billionaires pay $0 – yes, zero – in taxes, while millions of Americans struggle to pay their taxes and provide for their families.

Everyone needs to pay their fair share, so our country can prosper. Everyone.

The irony becomes all the more defined because of the presence of Warren Buffett in the list. He was the same person who, in 2019, proposed the idea that rich people must pay more in terms of tax. Looks like, this time he ended up on the wrong end of the gun.

The big guns weren’t ready to assume a silent stance. And the responses though technically legible are preposterous in terms of practicality. An Investor, Icahn happily skipped taxes during the years 2016 and 2017. The reason being deduction worth millions due to interest payment. A very reasonable point. What is beyond reason and comprehension is the fact that during those same years, his total adjusted gross income amounted to $544 billion. Apparently, the Pro Publica reports ‘perplexed’ him. The actual question here is who should be really perplexed!

8 white men control more wealth than the world's 3.6 billion poorest people. Here's what a few of them pay in taxes:

😠 Do you know what's painful?

😰 Holding a stock that goes nowhere for 5-6 years while the other ones keep touching new highs every day or so.

The Biden administration said it is investigating how tax information from several of the world's richest people — including Jeff Bezos, Elon Musk and Warren Buffett — was leaked to the public. https://t.co/TF7A3VB0TT

.@CNN ANALYSIS: Here's a good one. Jeff Bezos, Michael Bloomberg, Warren Buffett and Elon Musk all walk into the IRS. But none of them, in various years, seem to have paid federal income taxes https://t.co/0Tf0QLWKTS

It is not always a good thing to be on the top.

Here’s the tax rate that some billionaires paid through 2018:

RT if you paid MORE of your income in taxes than the richest Americans. It’s time for a wealth tax.

Warren Buffett is definitely trending today. But for the wrong reasons.